Share All sharing options for: Thursday Links and Musings

First, some musings on the coaching search:

1. Why are we still talking about Nick Saban?  Are we seriously ready to let Rodriguez slip away because we want to wait and see if we have a shot (which I firmly believe that we don't) with a guy who will more than likely hang around for two years before jumping back to the pros?  If we do then I'll join the "Mal Moore Needs to Go Holiday Singers" in a rousing rendition of "Let the Bodies Hit the Floor," or possibly "Feliz Navidad," not because it has anything to do with Mal Moore or Alabama, but because it's the greatest Christmas song EVAH, even when performed by a high school jazz band, and you totally know it's true.

2. I'm still convinced Rodriguez is our guy, but I must admit to having a few reservations about him.  He just doesn't seem like "Alabama" to me, but I'm not fool enough to let that make me argue against a qualified coach.  I'm with Fire Shula Now on this one, too many people act like they know what Alabama football is:  Defense, running the football, ball control, etc.  As much as I like those things and typically associate them with the Tide, there's one trait about Alabama football that I think overrides those aspects. WINNING.  If we have to steal Mike Leach's crazy Pirate-bone offense to do it, then let's do it, 'cause I'd rather see a winning score with zero runs than another losing effort because we're too enamored with the mystique of the Alabama running back to do anything else. 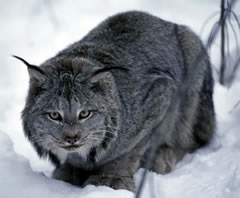 EDSBS is trying to be helpful.

The Black Shoe Diaries has a Bowl Pick 'Em Game up, which reminds me that we used to have a Pick 'Em game going here at one point or another.  Oops.

Is Mike Price headed back to the Pac-10 to take over at Arizona State?  The good fellas at The M Zone give him a few reasons why he should.  I hear there's an opening at UAB, too...

The Mayor finds himself defending mortal enemy Florida from the attacks of Michigan fans angry at being left out of the BCS title game.  Can you tell he's a lawyer?

Wait, that's not a football...

I know I said there would be a preview of the Notre Dame game tonight, but when I started to write it I remembered that I know frightfully little about basketball and had no idea where to start, so in lieu of said preview, here's some stuff other people wrote: