Share All sharing options for: Programming Note: The RBR Radio Hour(ish) is Kaput...

...at least for now, anyway.  I e-mailed NowLive about the technical difficulites and haven't heard back from them yet, so no make up show this week.  If things don't get sorted out in time for next week, we'll figure something else out (talkshoe, perhaps?).  Anyway, since we didn't have the show and didn't get a chance to talk about the LSU game, I wanted to throw out a couple of points that I intended to make, namely about the commentators and John Parker Wilson's performance. 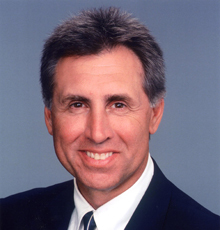 A southern man don't need him around, anyhow.

First off, I really don't care what commentators say or don't say about the Tide and for the most part think that every fan base feels like the talking heads are biased against their team, so lighten up already. What does it matter what they say about the team? They don't influence the game, we control our own destiny as far as the polls and BCS picture goes, and so long as we take care of what really matters on the field then they can talk about how Alabama shouldn't be #1 or that Florida/Texas Tech/Whoever are better, and blah blah blah and it doesn't make a lick of difference. But I do agree that Gary Danielson and Verne Lundquist are two of the worst commentators in college football for the simple fact that they seem to have a willful lack of concern about who they are commenting on. In '05 when we were on CBS nearly every week, they still managed to mangle Brodie Croyle's name despite having announced games he played in for weeks and weeks and weeks. He was every imaginable combination of letters that they could mangle out of his name, from Crodie Broyle, to Codie Boyle, to Bodie Coyle, to whatever. An occasional slip of the tongue is fine, but if we went back to those games and counted up the number of times they mispronounced the kids name I'd be happy to wager they got it right less than 50% of the time. And they haven't gotten any better, either. Marquis Maze is referred to as "Marks" repeatedly during the Ole Miss game, despite "MAZE" being clearly displayed on his jersey. They routinely claim that Julio Jones is sitting on the sidelines despite being clearly on the field because Chris Rogers, who also wears #8, is on the sidelines. They even zoomed in on him to show that Jones was on the sideline and, even though "ROGERS" was clearly displayed on his nameplate, they kept wondering why Julio wasn't on the field. Against LSU they pronounced Jim McElwain's name "McKellan." During the Ole Miss game they referred to Ole Miss safety Jamarca Sanford as Alabama LB Corey Reamer, both of whom wear #13. That's all just off the top of my head from this season, and I'm sure you can all chime in with some more in the comments.  Now, I know these complaints may seem seem nitpicky, but how hard is it to learn the names and the correct way to pronounce them of at least the starters for the teams you are covering over the course of a week? I have to imagine it isn't that hard since no other commentators seem to have the same kind of troubles. I mean, does the bumbling duo show up five minutes before the game and then handed a roster for each team and microphones and told to ad lib the whole game?  'Cause if that's the case, it's understandable, and kudos to you, good sirs, for dealing with such horrible broadcasting conditions.  But I really doubt that's the case, and I honestly think that the way they act is both unprofessional and disrespectful to the players and coaches for the teams they are covering.  So when you hear me gripe about being on CBS (which we probably will be one more time this season for the Iron Bowl), it's not because I think Verne and Danielson are out to "get" Alabama like so many other fans, it's just that I think they are lazy and unprofessional and shouldn't be allowed to cover games unless they can do so without exposing their ignorance of the teams they are covering.

With all that said, let's move on to Wilson's performance against LSU.  The numbers aren't great:

The stats chart doesn't show INTs, unfortunately, but we all know there was one, and honestly it wasn't an error on Wilson's part.  I can't find a clip of it on YouTube, but if you'll recall it was essentially the same "fade-stop" back shoulder throw that Harrell and Crabtree made famous against Texas, but that Alabama has been using with Julio Jones since at least as far back as the Kentucky game.  This time, though, it was a throw to Marquis Maze, a relatively dimunitive wide receiver (he's listead as 5'9" 171lbs), and he flat got out physicaled by LSU CB Patrick Peterson (...who's listed at 6'1" 205 lbs, so, duh).

Honestly, I don't know where I'm going with this, but I did want to make the point last night that, even with the INT and even though he didn't put up solid numbers completion percentage wise (which, the drops didn't help), I still think Wilson had a pretty good game and I keep going back to Danielson droning on and on about how "at some point, John Parker Wilson is going to have to win a game for Alabama, and I don't know if he can do it." Now, I may be mistaken here, but hasn't John Parker Wilson won games for Alabama? Hasn't he hit the big plays when we needed them and not made the kind of boneheaded errors that cost games last season? Against LSU, wasn't he the guy that made something out of completely nothing on the opening drive to set up what should have been 1st and goal inside the three if not for a poor decision to stretch for the EZ by Earl Alexander? Didn't he drive Alabama into field goal range (twice) to get the go ahead score in regulation, only to see Tiffin miss what should have been easy scores? Isn't he the one that hit Julio to set up the game winning score (who took the ball in, again? Was it Wilson?) in OT? Yeah, it was. I know that Wilson isn't Graham Harrell or Tim Tebow or Colt McCoy or insert Big 12 QB with ridiculous completion percentages here, but when it comes down to it he's won just as many games as any of them (well, more actually, except for Harrell), and he hasn't had to put up ridiculous numbers to do it. Just my two cents, and I would have loved to get y'all's comments in the chat and the calls, but this will just have to do. Hopefully we'll get things sorted out next week and can talk about another win.