Running Back Success Rates vs Auburn

Share All sharing options for: Running Back Success Rates vs Auburn 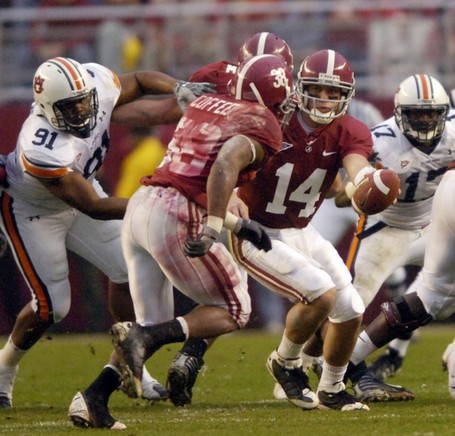 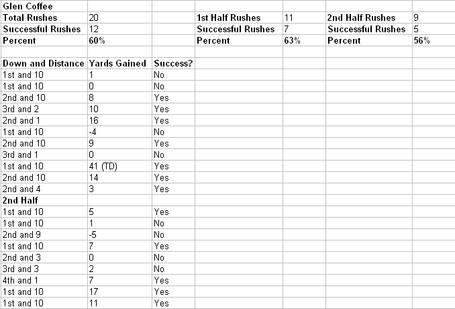 Coffee had some good success in the early goings but his production slipped some in the second half, though most of that was due to Alabama doing nothing but run and Auburn doing nothing but play the run.  Next, Mark Ingram: 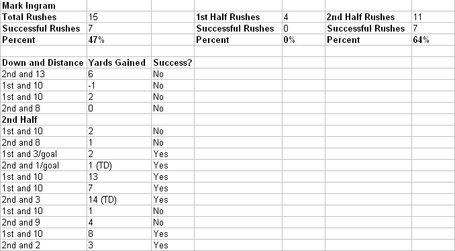 Interestingly, while Coffee's numbers dropped in the second half, Ingram was able to gain more yardage and was more successful, with his second half performance looking better success rate wise than Coffee did in either half (though he certainly takes the prize for overall performance).  Finally, the mop up crew: 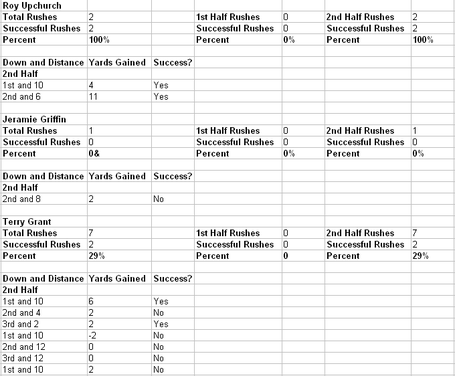 Upchurch managed a perfect 100% in clean up duty, though he did only carry two times, while Griffin and Grant didn't fare nearly as well.