Another week of great college football action brings us yet another great week of the meltdown time column. Last week may have been a short short on size, but we come back with a bang this week. This edition of meltdown time brings us great joy from Auburn, Arkansas, Nebraska, Texas Tech, and Miami, and we touch upon such great topics as Bammer conspiracies, crystal meth, coaches getting fired, Osama Bin Laden analogies, QB's committing suicide, taking dumps on Kyle Field, and killing Aggies in bonfires. It's a hoot, plain and simple.

And as always, you know the usual disclaimer. The language gets very rough, and if you are in any way adverse to reading / hearing that sort of thing, don't read this thread. And now, without further adieu, it's meltdown time... 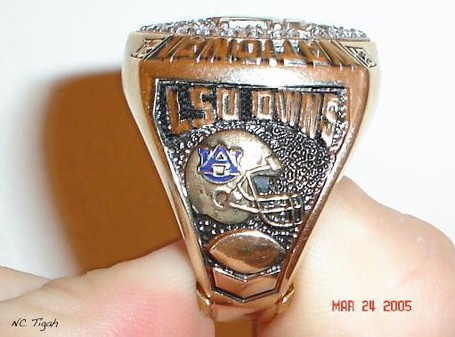 Even if we beat them [Furman] there's no guarantee we'll get a bowl bid looking this bad, and I'm not sure we deserve one.

Somewhere... CTT is lighting up a cigar with a $100 bill and lying on a bed full of money that AUBURN PAID HIM TO LEAVE.

yeah...thaats why i was against letting him go....i knew the choice would be made by our illustrious AD,who makes mal moore look like a damn rocket scientist

this is the worst defense i've seen at auburn....EVER!!!!

Lowder is the crypt keeper or the Osama Bin Laden of the group that controls Auburn athletics.  Kill the head and the org dies

We fired CTT for this?

I'm tired of the Mickey Mouse offense... I think the DC's around the league have figured it out.

I fear  there might be another 5-19 record on the horizon. Terrible offense, and a terrible defense, getting worse each week. I guess I am a gloom and doomer, but thats just the way I see it. Hope I'm bad wrong though.

I've been attending Auburn football games for over 50 years.  I thought last year's team was the worst I'd seen.  Maybe so, but this one is very close.

Tuberville's "Character Recruits" are starting to hurt. It is obvious we are a pieced together team with many players starting that wouldn't crack the 2 deep on other great SEC teams.

we are absolutely awful. i honestly don’t know who’s to blame more…..i don’t think malzhan is to blame for the offense tonight, i just don’t think we have any fucking talent, especially at QB. hell earlier this year i loved todd, but he is gone. has no confidence, no arm, no decision making ability, and no talent. put tyrik rollison in now. get him some experience. todd is too shitty to be playing in the sec.

I think last year's team just quit - but this team is just poorly prepared and just looks lost out there. The game planning and in-game adjustments (or lackthereof) is frustrating. I just wish this new coaching staff would put Caudle in there...put Lutz in there...and start working towards 2010. 2009 is dead...assuming we beat Furman, we'll have our cherished PapaJohns  Bowl bid.

First it was the WWF, then NASCAR. Now college football, every week bammer gets calls to save the game for them, while Auburn's getting attacked by the refs from the 1st to the last whistle.  The last 3-weeks Alabama's game was on the line around the 8 minute mark when the refs made a call that sealed the game for bammer. This crap's getting old.

The zebras have hammered Auburn for three straight games, and while many calls were earned, just as many were bogus--and much more destructive than the earned ones. That is unprecedented in all my years of watching SEC football. The very fact that the SEC office all but admitted corruption by saying the "call wasn't there" last week in the Ark -FL game (and then suspending the refs), convinces me of the obvious--the problem is conference-wide, if not NCAA-wide. In this day and age of hard times and economic insecurity, there are many obvious motives to tamper with the games. The most hard to believe motive, however, sould be that in our case the Red Elephants DO NOT WANT AU to succeed with what might be an incredible recruiting class. Call me whatever you want. I don't give a damm, but I've never seen such purposeful calls AGAINST a specific team, and would say so if the target were Alabama or Tennessee. And while you are riding your high horse and shouting "bl;ack helicopters," stop for just a moment to explain to me why this has been going on the past three weeks. One thing's for sure, no matter how you do it, put  early legal pressure on a team and in a game of talented athletes critical plays, and you can orchestrate outcome. It' ain't, as they say, rocket science. Alabama may well be the only program in the country that would go so far, but when you have them on retainer, they might as well earn their $$ when you aren't playing. Again, I don't give a rat's rear end what anybody thinks, but this is new ground even for SEC refs. 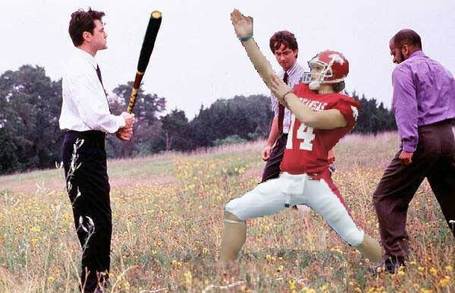 The testicular fortitude of this team was left in Gainesville. will someone please send a plane and bring it back because we are going to need it the rest of the year.

6-6 and a trip to the Weedeater Bowl is not progress.

I knew it was over in the 1st quarter... You could just tell.  We didn't have it.  The guys say it wasn't a hang over from the Florida game, but it sure looked like it to me.

This is one of the most dissappointing losses I've ever witnessed.

Sometimes you just wonder why you were cursed to be a Hog Fan. I know being patient is hard to do but after a broken hand last week, I figured I needed my other to work with this week so it wasn't worth it. But it got me thinking....how much heartache can one fanbase endure...it just seems like it's always a downer with the hogs, and yes we have our moments but it got me thinking during the game...was I destined for a short life when I was born a hog fan...because if this keeps up Im gonna have lots of broken hands, heart attacks or a stroke from the high blood pressure....just some thoughts as I try to stay calm....

We got whipped by HDN. He outcoached us. Never thought I'd live to see that.

OM embarrasses Petrino twice infront of the world. OM is his SMU. Way to many drops, we were open all day, and didn't make the plays should have had a other 17 to 20 points on the board easily. Petrino needs to get it going. Embarrassed twice by the banished one is embarrassing.

Fire everyone and start over. Go get Brian Kelly at Cinncy...O-2 versus Nutt won't cut it and I don't want to hear all the excuses.

Maybe we can get to 6-6 and get to the Indy Bowl.  Looks like South Carolina and LSU will be very tough to beat now. 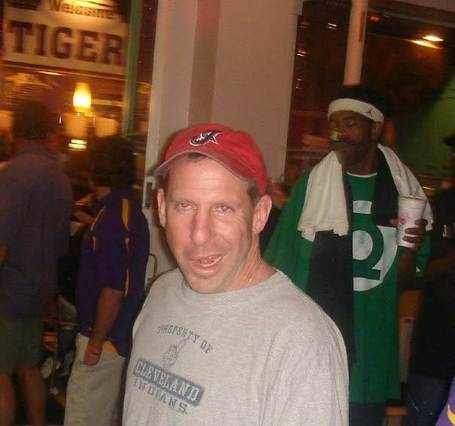 This is the most embarrassing lost in NU history.

Shawn Watson and Barney Cotton need to be fired and stabbed with cocktail forks.

For the first time ever... I have taken down all of my NU stuff.  Being a Husker in Texas is usually fun and even a lose can be brushed off with, "We were just one or two plays away from..." or "We'll be okay.  Next week...".

I am honestly embarrassed of this team right now.  We lost to ISU at home!

Every Saturday I blow up an 8 ft tall L'il Red, put flags out on the garage, car and garden.  No more.  Not this year.  We are a joke to everyone in the conference.  Baylor should be licking their chops right about now.

The past doesn't mean $chit to anyone.  This team is a has-been and a long way from meaning anything to anyone.  Each week this year I have complained about the polls and how far we drop.  I was wrong.  Everyone has us figured out.  We don't mater to the landscape of CFB.

We lost and the future of the program didn't even see a snap. Why does every other freshman on this team get their shot during crunch time, as Cody watches?

This back to the Frank years. Don't react until everything bad than can happen, has already happened.

At some point Bo needs to figure out that he's a HC and not a DC.  If he doesn't, it's going to cost him his job just like it did to Callahan.  In all honesty, what is so different between this year and BC's last season except for the side of the ball that we are inept?

If the tech defense were a condom, we’d all be pregnant

I suggest everyone change their shirt and underwear and get another drink. It’s the least we can do.

We need Doege. Potts seriously is not a Div I caliber QB. We are here because our offense read "Potts" can’t deliver today.

Games like this are exactly why the press never, EVER gives us the benefit of the doubt. Ever. And they shouldn’t.

Kansas is going to clean our clocks.

Fuck the Aggies. I'll shit in the middle of Kyle Field right now.

Before today the opponents A&M has defeated had a combined 3 wins. It is freakin’ Armageddon.

I CAN’T BELIEVE WE ARE LOOSING THIS FUCKING GAME. sorry about the language.

even the kids are crying... seriously

I still think the bench should build a bonfire and maybe aTm would perish in the flames. then we can by at least 30 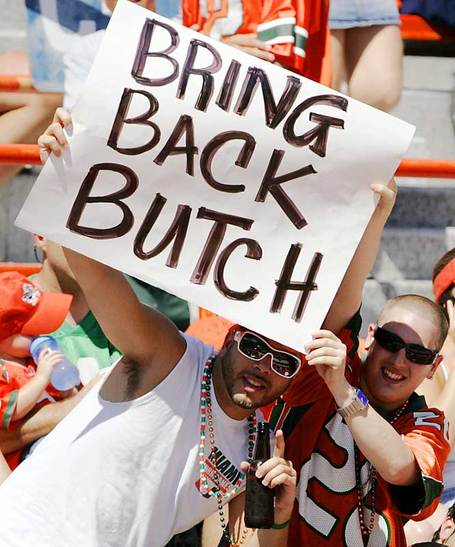 OKAY WHAT THE FUCK IS OUR PROBLEM!

3rd and 11 on the 25 or something like that, with the game on the line AND THEY FIVE UP A GOD DAMN TOUCHDOWN

Every other word out of Randy was "sloppy" reminds me of Coker and the word "kilter".

Can we hire a real DL coach who knows how to develop young talent?

What it took UM 30 years to build, Urban will do in less than 5 years...STFU Shannon lovers.

Truly horrendous. We are 8-12 in the ACC under Shannon

Shannon throwing his team under the bus and not taking any blame, what else is new?

Im not saying fire RS but if you had to chose a realistic candidate to take over who would it be?

Embarassing. biggest conference game of the season and the stand are 1/2 empty.

Seriously. Can the school or stadium give away 10,000 seats to radio stations or some underpriveledged schools???

i really think more people were at the famu game

Get used to it. This is the new normal for the next three decades at least. Miami left its South Dade fan base behind and confidently asserted it would pick up hypothetical new fans from Broward or Martin or Polk Counties or somewhere (kind of like what the Panthers did). Ten games into the experiment, it looks like they miscalculated by a modest 25,000 fans per game or so.

Yep for a day game against non-ranked opponents thats the best it will be. The move will forever be a horrible decision.

ANOTHER wasted year under Shannon. No ACC title, no BCS bid, and ANOTHER home loss to an unranked opponent. We've had 1 legit win this year, GT. We beat FSU because their WR dropped a catchable ball in the endzone. We beat Okla. because their QB did not play. Losing, at home, to an unranked 3-3 Clemson team that lost to Maryland, should be unacceptable to EVERY Cane fan.

We have the dumbest fans in the history of college football.