On the Road Again: (Mis)adventures in Starkville

Share All sharing options for: On the Road Again: (Mis)adventures in Starkville

ed. note: For those of you that picked up a copy of Yea Alabama 2009, you'll remember reading a story I wrote called "The Things We Do For Love" where I chronicled a lot of the ridiculous scenarios I've found myself in while trying to get to various Alabama games. Too bad I didn't save that article for the 2010 edition, because my trip to Starkville this past weekend easily qualified to be in it and hands down would have been the crown jewel anecdote in the article.

Let me just start off by saying that, yes, I realize hitchhiking in this day and age is an exceptionally bad idea. On Saturday, November 14th just a bit before 3:00 p.m. in western Alabama, somewhere between the tiny hamlets of Gordo and Reform (populations of 1,677 and 1,978 respectively according to the 2000 census) my friend Wes' car broke down (some of you may remember Wes from this post.) It's a 21st-century-made specimen of fine German engineering and has faithfully taken us to games in the past. As a matter of fact, the deal I struck with him was I'd give him the game ticket for free if he was willing to drive. That was the level of faith I placed in the ability of his automobile to take us to and fro sans incident.

The car began having trouble accelerating as we rolled down US Highway 82 and we saw a small garage that was still open as we began noticing the problem. We turned around and pulled in just as they were closing up shop. Nice folks that they were looked at the car for a while, but stated they didn't know much about this type of car, but recommended we not drive it any further. They kindly told us we could leave the car there if we wanted to since it was unlikely we'd be able to find anywhere this late in the day on a Saturday that would be able to work on it. 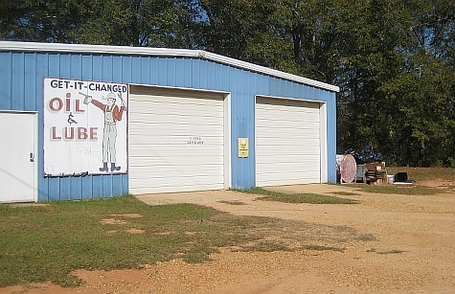 While Wes spoke with the proprietors of the oil change place, I took out my cellphone and began calling everyone I could think of that might be going to the game or who knew someone that might be going to the game. I called comer4tide and chinesedentist, but neither of them were going to the game. Chinesedentist (Bo), said he knew some folks that were going and that he'd make a few calls. I called Alabama ManDance and T.J. from Tower of Bammer and they too got on the phone and started working their contacts. I called a friend that went to Mississippi State, I called Todd and Kleph. I pretty much ran through my entire phonebook.

After what seemed like an eternity of making phone calls, we decided to ditch the car and start walking...with our thumbs out. We knew the car wasn't going to get fixed that day, so we might as well get to the game. We were most of the way there, we already had tickets...it seemed like the logical thing to do.

As I stated at the beginning of this article, hitchhiking is a very bad idea, but here's our rationale for why we felt okay about it.  We were decked out head to toe in Bama gear and nearly every car we saw while trying to figure out what to do had Bama flags flying from the windows or Bama magnets on the door or Bama stickers in the windows (and often all three.) By our reckoning, someone in that line of cars would realize that we were fellow fans stuck between a rock and a hard place and that we just wanted to get to the game. After a couple of miles of walking and hundreds of cars passing us by with that "Well, we'd like to help you and we know you're probably okay but sorry we're driving on anyway" look on their faces, we saw a pick-up truck pull into a business a short distance up the road. We both figured it was simply them stopping in to shop, but they turned around and we had a flutter of hope that they were coming back for us.

Alas...they were turning around for us. The gentelman driving the truck asked us if we were headed to the game and when we replied "Yes," he told us to hop in the bed of the truck. We knew we'd found the right people as it was a couple decked out in matching houndstooth hats. They were clearly headed where we were. At this point, I must say that we were elated to have a ride, but didn't really relish the thought of riding in the bed of the truck for nearly 60 miles. Besides it being kind of chilly with that much wind, it isn't exactly the safest thing on earth. What choice did we have though really? We decided to simply laugh it up and make the best of a bad situation. After 10 miles or so, our gracious hosts pulled over at a gas station and let us in the cab of the truck into those tiny little sideways facing seats. Needless to say, it was a bit cramped: 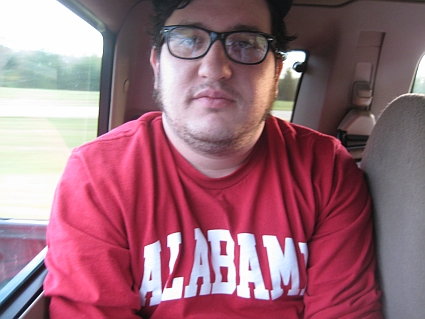 Despite the tight quarters, the trip went by quickly and we were in Starkville before we knew it. It was at this time that our extremely kind chauffeurs Craig and Leigh agreed to pose for a photo on the campus of MSU: 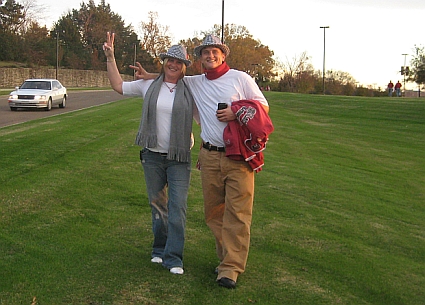 At this point you're probably all thinking, "Yay...they got to the game...end of story." WRONG. We still had no idea how we were getting back to Birmingham at this point. We had managed to find a ride back to Tuscaloosa via some friends of Bo, but weren't exactly sure what to do about the car or the trip to Birmingham. It's at this point that we decided to enjoy the game.

That was soooooooooooo worth all of the hassle so far.

So, we got meet Bo's people after the game and Wes gets on the phone to his mom who has been checking prices on towing during the game. Estimates range between $400-600. Ummm. No. So, Wes gets a friend of ours to bring his mom's SUV down to Tuscaloosa so we can tow it back to Birmingham. Her grandparents live in Tuscaloosa so we get Bo's friends to drop us off at her grandparents' house and we spend the night there.

After a fine homecooked Southern breakfast, Wes and I decide to head over to U-Haul to get the tow trailer. On the way over, we realize that there's a TENNESSEE "T" sticker on the back of Wes' mom's vehicle (she's from Knoxville.) It's been an exhausting ordeal so far...and what was supposed to be a 10-12 hour day trip is turning into an exhausting "way more than 24 hours" adventure. Needless to say, we can't be driving around Tuscaloosa wearing head to toe Bama gear in a car with a Tennessee "T" sticker on it. So, while at the U-Haul place, we come up with a solution: 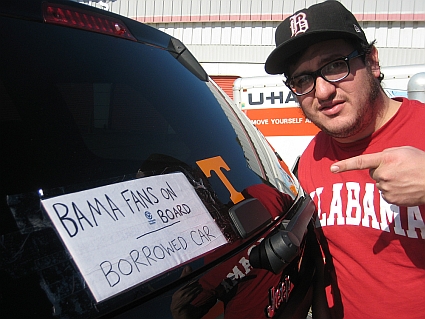 Needless to say, we were the Kings of Tuscaloosa on Sunday, November 15th. Everywhere we drove in town, we were greeted with honking horns, enthusiastic thumbs up, smiles and the general attitude that what we had done was nothing short of awesome.

After driving back out to Gordo, we hitch the car to the trailer and tow it back to Tuscaloosa to pick up our friend at her grandparents and head back to Birmingham. Needless to say, all of these people are awesome: 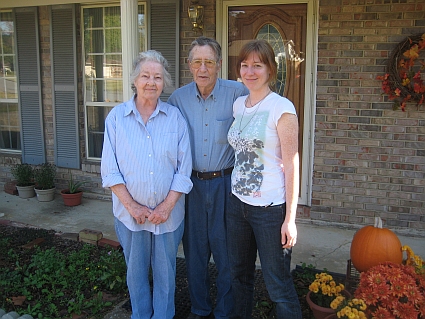 At this point, I wish I could say it was as simple as us driving the car to Birmingham, dropping it off at the repair shop and dropping the trailer off at U-Haul....but that would be too easy and too merciful of an end to a pretty brutal day and a half. Nope, it wasn't that simple...at all. U-Haul only had one trailer to rent and someone had it reserved for 7:00 a.m. on Monday, so we couldn't do a one way rental. The trailer had to be returned to Tuscaloosa on Sunday. So Wes had to soldier on after we dropped the car off and do a round trip to Tuscaloosa and back.

So, what should've been a roughly 280 mile round trip turned into a 463 mile excursion to ridiculousness (and back and back again.)

It's at this point that we'd like to thank everyone that helped us out along the way on this road trip either by giving us a ride, feeding us or just checking in on us: Bo, Austin, Baker, TJ, Alabama ManDance, Todd, Wes' mom, Tasha, the grandparents, Craig, Leigh, DJ Bin Rockin', his girlfriend, Mads (from Denmark!), Philo, Matt, Andrew, the guys at "Git-It-Changed" and a whole host of others whose names I didn't catch or can't remember due to the multitude of names. Your kindness is appreciated and hopefully we can pay it back someday.

For those of you reading this, I hope your travels to Bryant-Denny this weekend are infinitely smoother.