With another week of college football in the bag, we have yet another week of meltdowns. This week we're going to look at meltdowns from Florida State, Oklahoma State, and Georgia Tech, and then we're going down to the Plains for a hilarious reverse meltdown. It seems that losing a close game, at home, to your biggest rival when they play terrible is now the Auburn equivalent of winning the national championship, so you'll enjoy.

As always, the language gets very, very rough. If you don't like that sort of thing, I strongly urge you to move on to the next piece here at RBR. And now, with warnings out of the way, it's meltdown time... 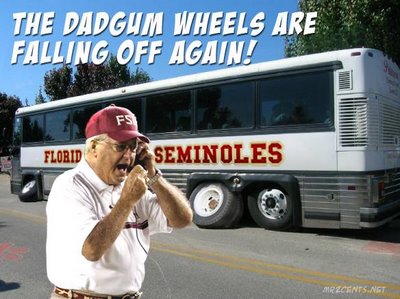 No way Bowden can be back now. We are basically FIU now.

What halfway decent defensive coordinator would want to come to this school now?

I'm so friggin sick of this. I can believe there are people still supporting that selfish old coot, his loudmouth wife and his bloodsucking offspring. Haven't we suffered enough!!!!

Six straight losses to Florida... just be glad this ain't like basketball or it'd be 12 straight.

WHAT ADMINISTRATION ALLOWS SIX STRAIGHT BEATDOWN LOSSES TO A RIVAL??? TELL ME PLEASE!!!

Could we riot outside of TK's house?

my advice to you all is to drink heavily

where is my bacardi

Would any of you send your kids to FSU? I wouldn't, that's for sure.

We couldn't stop Tebow if we called Tonya Harding's boyfried

They could have hung 100 on us easy today

Maybe Meyer is trying to save Bowden's job?

It’s just another nail in Bowden’s coffin. Another piss stain on his legacy.

Looks like I picked the wrong week to stop sniffin' glue!!!

I was thinking about that whole "one player away" nonsense during the game. You could give us Lawrence Taylor in his prime and I still don’t think this defense would be average.

I can’t wait to see who will get to beat us down in the Dalton Ga carpet bowl this year.
I suspect it will be Eastern Michigan State U.

Danielson ought to close his eyes and spread his asshole for Tebow. Lord knows that's what we are doing.

This man loves FSU? Wow, I'd hate to see what he'd do if he hated it.

If he was actually Seminole they take his ass out to the woods and leave his ass to die.

Any chance we got lucky and he died in his sleep last night?

I hope you have a fucking heart attack on the golf course, but it takes you all day to die! 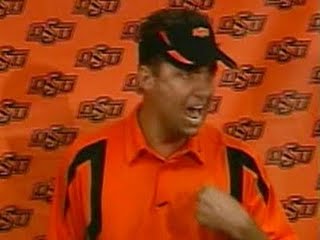 When does Gundy apologize to all of the OSU fans, donors, alums, students, and season ticket-holders, etc?????

Gundy's now on my hotseat!

How many recruits haul ass now?

Are we really going to get shut out by the worst OU team since 1998?

Worst display of coaching I have ever seen. Gundy should repay the university whatever his weekly pay is for this week. Fning pitiful.

I wouldn't let Gundy call plays on my Madden dynasty.

oh my god. we had a chance to end the shut out and we lost it. i can't believe this. what god damn f*cking joke.

They gave up. So should we.

Gundy set the program back today. No doubt about it.

Dumbass either forget all the shit he learned about return on investment or got lucky in first place. Hundreds of millions for a 9-3 team? I hope he doesn't ask for a refund.

Most embarrassed I've ever been.

We just bent over big brother, now you can stick it in.

Accept it guys we are Oklahoma State, and that means even in the "glory years" you lose three or four games, you probably get beat by OU and Texas, and you get a second-tier bowl. No use setting yourself up to be disappointed. 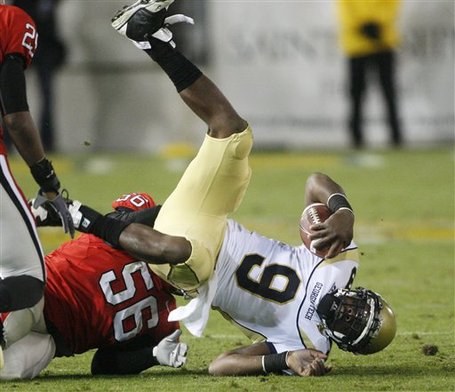 Fully agree.  Definitely the most disappointing loss I have seen in 30+ years.  No excuse to lose to them this year.

Seriously, where would we be if we had never left the SEC? We would be as bad as Mississippi State, maybe even as bad as Vandy.

The "winner" of the ACC "Championship" Game ought to get a guaranteed bid to the Papa John's Bowl against Auburn.

Assuming we do beat Clemson, who gets the pleasure of spanking us in a BCS game?

Um, when was it not a joke?

NO ONE on this board ever has a right to complain about ESPN's (or anyone else's) SEC lovefest ever again.  The two ACC Division champs just got beat by 5-loss SEC also-rans.  Our pathetic conference deserves every single bit of criticism that's lobbed in our direction for the next year.

The SEC is where the real football is. This shit we're doing in the ACC is nothing more than glorified intramurals.

This loss sucks, but cut the shit guys, if we really had anything on Georgia (or any other SEC team for that matter) we'd have never left the SEC in the first place.

How many total fans are in attendance in Tampa? 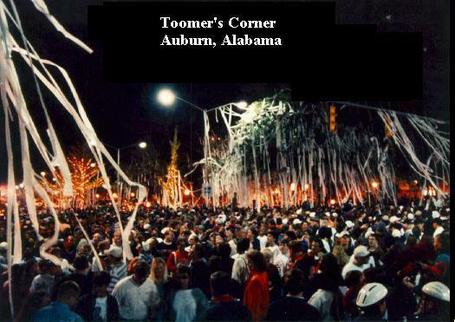 This is their last big year. Ever. Mark it down.

On that note, if that is a national championship caliber team, I am Mickey Mouse. Our 2004 team would beat them by 4 TDs.

For those that remember today was eerily reminiscent of '81. They won today but notice is served.  Is S*$*$  man enough to stay at UAT and face the onslaught?  Welcome to your first glimpse of hell Nick.

We're going to kick their asses next year in T'town.

Roof exposed Bama. What Roof's defense did today, is what DC'S have not tried to do all year with Bama. Stop Ingram and you can stop bama's offense. Most of bama's opponents have been worried about the threat of JJ.

Enjoy this you Bama fuckers! AU IS BACK!!!

Can’t wait for you excuse for Bama next year..

The most courageous performance I've seen in 40 years...

Im so f'in proud of this team!!! Tears are fallin as I type! enjoy it you bammer f*ckers...it will be your last!!!

I'm so proud of this team I'm wearing my Auburn shirt to work Monday!

For the A.U. fans that actually think spuat will just reload next year...if you actually think spuat's #35 & #10 are even in the same league as #25 & #30 then you're foolish...they lose half of secondary and all of their front four...they will struggle on defense big time....their backups are a big drop off from starters

Agreed, a lot of $puat fans that I know all agree that this is their year to run the table. The talent level drops off somewhat and they lose almost 28 starters off this team. I think thats why the Iron Bowl "almost loss" shook them up pretty badly, because as Ray Perkins said before the game (and they lapped up) this was their best team ever.....and their "best ever" team got handled by a depleted, undermanned AU team that they will see again next year almost intact with the gaps filled in.... WDE!

You know we just powend Bama...

I have never felt so "comfortable" with a loss...