In the long history of the Alabama and Texas football programs, the two teams have met just eight times on the gridiron. Over the next two weeks Roll Bama Roll will look back on each of these contests. Today we revisit the inaugural game between the two on Nov. 18, 1902 in Tuscaloosa. 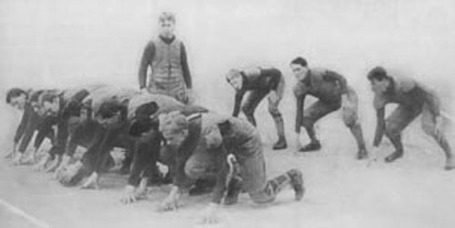 At the time Alabama and Texas first met on the football field, both programs were a decade old; Alabama football kicked off on Nov. 11, 1892 while Texas fielded its first permanent team in 1893. The earliest traditions were already being set in place but many more were still far in the future.

The matchup wasn’t all that unusual at the time since both teams were then members of the Southern Intercollegiate Athletic Association. The conference had been formed in 1894 to standardize player eligibility rules and host an annual track meet and basketball tournament. As football gained popularity, the conference ties applied to it as well.

For both teams, the early years of the programs were ones of change. No coach stayed longer than three seasons and one was more likely than not. And 1902 was no exception.

Texas’ new coach was J.B. Hart. The Cincinnati native had sterling Ivy League credentials having been a back at mighty Yale, but Texas fans were skeptical if for no other reason than his diminutive stature. He stood no taller than 5-5 and tipped the scales at 130.

His team was looking like a powerhouse by the time they arrived in Tuscaloosa, running up a 4-2-1 record  including decisive wins over Oklahoma and Sewanee.

Alabama’s season began on a much more tumultuous note. The head coach resigned just prior to the start of the season sending university officials scrambling to come up with a replacement. They found two. 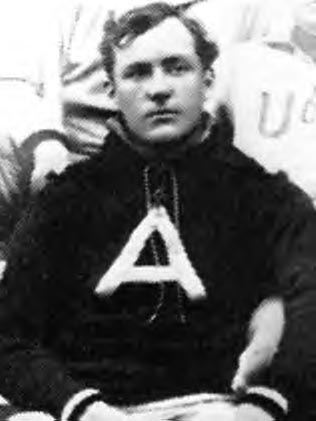 One was J.O. Heyworth, a Yale graduate who had come to Tuscaloosa with the Fuller Construction Company to build locks and dams on the Black Warrior River. The other was Eli Abbot, who had been a standout tackle on Alabama’s inaugural 1892 squad and served as its coach the three years after that. Both refused compensation for their effort.

The setbacks didn’t seem to be a problem for the first two games on the slate which Alabama won by a combined score of 138-0. But the competition might have been a bit… suspect. One of the teams was made up of high-school players from Birmingham.

When Alabama got to the meat of the schedule, things got tougher. They traveled to Birmingham’s West End Park for their third game and were pounded 23-0 by Auburn. And that’s all I’ve got to say about that.

When the Longhorns arrived in Tuscaloosa on Nov. 18, Alabama’s record stood at 3-2 and its season was on the brink. The news didn’t get better when they saw the Texas team – the Longhorns outweighed Alabama 10 lbs to the man.

The game turned into a slog. Neither team could get a consistent rhythm going in the first half. Texas' size made the difference allowing the Longhorns to pound out more yardage but scoring was at a premium.

Alabama was holding its own until the final drive of the half when they turned over the ball on downs. Texas ripped off a pair of long runs all the way back to the Alabama 10-yard-line. With just 13 seconds left in the half Texas ran a double pass to Johnson in the end zone. The extra point was no good and Texas had the lead at 5-0.

Starting the second half, Texas picked up where they left off when Alabama turned the ball over on downs. Three drive plays and an offsides penalty put them in the red zone and John A. Jackson scampered in for a score. Another missed extra point and the Longhorns were up 10-0.

Alabama played tough for the rest of the second half but the sheer size of the Texas line proved to be too much as they were only able to break through it on two occasions. One end run put Alabama running back H.H. Jones in the open field with a clear shot at the end zone, only to be stopped by the last Texan between him and the score.

Alabama went on upset Georgia Tech but lost to LSU in the final game of the season. The 4-4 record gave the program the most wins it had ever had for a single season, a testament to the work left to be done in the future.

For Texas, the month-long road trip would end in another victory against Tulane in New Orleans. But the season concluded on a bitter note with rival Texas A&M racking up its first-ever win against the Longhorns. The three-loss season was the most Texas had ever endured in a decade of playing football and Coach Hart was invited not to return for 1903.

In 1905 Texas left the Southern Intercollegiate Athletic Association and eventually joined the Southwest Conference thus ending the chance of the two teams meeting on the football field on a regular basis.