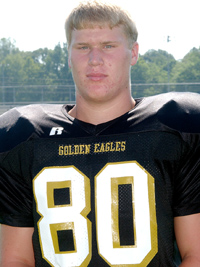 Let's face it, Ming may not be an elite defensive end prospect, but he serves a need for the Tide and he's got the size and athleticism to get on the field right away as a third down pass rusher type. In his post NSD press conference, Coach Saban specifically mentioned Ming as the kind of player that can be a stand up pass rusher as well as put his hand down, meaning a possible move to Jack linebacker from DE is likely. Either way, considering Eryk Anders was our most consistent (and only consistent to be brutally honest) pass rusher last year, if Ming can come in and make a smooth enough transition to linebacker and prove he's athletic enough to play in space, then we could see him early and often.

"An excellent two-way athlete with the skill to excel on either side, Ming has uncanny agility for a big man. Has very good feet and moves down the LOS as well as most DEs. Does especially well in space, as is illustrated by his abilities with the ball (TE). Excellent off the edge and demonstrates very good body control. Pad level is solid but he needs to work on initial punch, getting extension and disengaging."

Meanwile ESPN has him ranked as their #19 DE prospect in the nation:

"Ming is a smart lunchpail type who gives all he has for every second of a game's 60 minutes. He plays hard, fast and well. He's a good (though not elite) athlete among defensive ends in his class, but he does the little things and gets the most out of his ability. Can seem a little rigid in space, but changes directions well because he's diligent about staying square. Has good straight-line speed and flashes a burst to the ball carrier. He's a reliable, physical wrap-up tackler. Takes good pursuit angles. Shows savvy on the pass rush and can execute moves to defeat a blocker."

They also have this weird bit: "Can create separation and shed when he shoots his weapons." 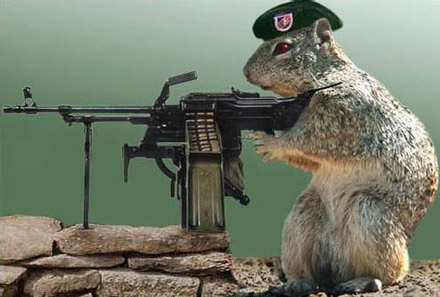 They also gave him a scout grade of 80, making him an "outstanding prospect."

Rivals is the highest on him, rating him their him their #12 DE in the country and while giving him a 5.8, meaning "All-American Candidate; high-major prospect; considered one of the nation's top 300 prospects; deemed to have pro potential and ability to make an impact on college team ."

Alas, there are no YouTube clips of young Ming, but if you search "william ming DE," you'll get inexplicably get the Independence Day trailer and Johnny Horton's musical tribute to Jim Bridger::