I did another pinch hit post over at Dr. Saturday, this time poking fun at Auburn recruit Denzel McCoy's assertion that the town of Auburn is "nowhere near being small" and wondering if it had anything to do with Duluth, GA (his hometown) actually being smaller than Auburn or if perhaps Coach Chizik had taken them to Auburn's Montgomery Campus for their visit instead.  Naturally I think of even more ways Chizik could have made Auburn seem bigger and more metropolitan than it really is to his visiting recruits after it's posted, so I thought I'd just go ahead and post them here.

1. While touring the town, make sure they notice Auburn has both an Auto Zone AND an Advanced Auto Parts.  Only a major metropolis could so readily provide round the clock do it yourself auto repair!

2. Encase the cows with cardboard stage cars to make the traffic more reminiscent of their "metro"-Atlanta home.* 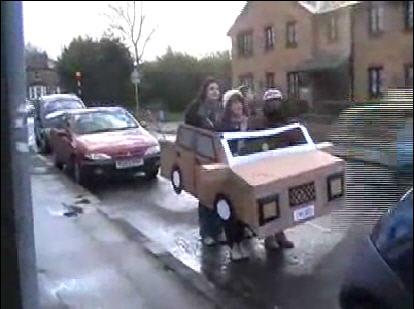 3. Get them all worked up over the delisciousness that awaits them at Momma Goldberg's, then drive them to the Birmingham location for lunch.  Seriously, a Momma's Love would totally be worth that drive.

4. Show them every litter covered spot along the major roads and tell them "it's tradition!"  Because covering public property in waste paper isn't just for Toomer's Corner anymore. 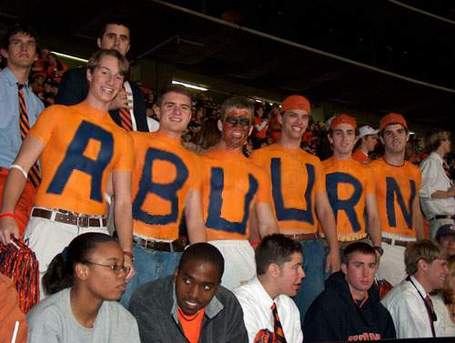 Nothing says major urban center like a commitment to knowledge!

* Astute commenters noted that Duluth is, in fact, considered a suburb of Atlanta, but get real people, it's a suburb of Atlanta like Chelsea is a suburb of Birmingham, and the closest those kids get to the "big city" is driving 20 minutes up 280 to eat at The Cheesecake Factory for prom.