Your RBR Word of the Day: cadre

Share All sharing options for: Your RBR Word of the Day: cadre

cadre \KAD-ree; -ray; KAH-dray; -druh\, noun:
1. A core or nucleus of trained or otherwise qualified personnel around which an organization is formed.
2. A tightly knit and trained group of dedicated members active in promoting the interests of a revolutionary party.
3. A member of such a group.
4. A framework upon which a larger entity can be built; a scheme. 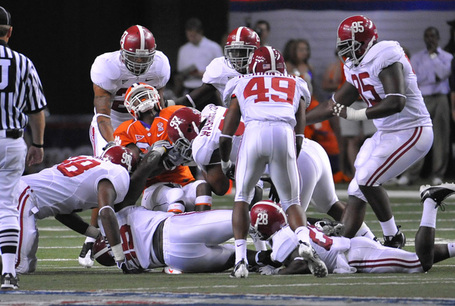 With a cadre of disciplined, relentless, hard hitting defenders, Nick Saban has put Alabama back onto the national scene.