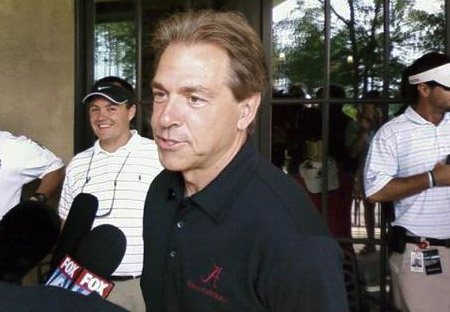 Nick Saban prepares to apply "the process" on the golf course.

Well it's not football but it'll do.  The 18th Annual Regions Charity Classic golf tournament is underway this weekendat Ross Bridge Golf Resort and Spa in Hoover, Alabama and there is a host of Alabama football notables on the course.