Share All sharing options for: CFB Stadiums I've Been To: Kenan Stadium

I went to the North Carolina vs. Notre Dame game last year during Alabama's bye week (and just two days after the game in yesterday's post.) This is one of my favorite stadiums I've been to so far. Though it's a fairly small stadium (by SEC standards anyway), it's in a beautiful wooded setting and has some interesting design features. I was also surprised by how passionate the crowd was for football given that I was in the middle of basketball country. 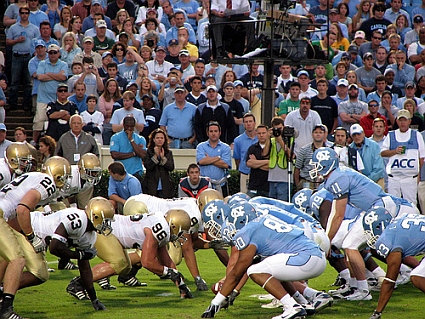 I managed to get a great seat for this game too.

I was wearing a Bama shirt at the game and as I was walking to the stadium some guy in a Carolina shirt yelled "War Eagle!" I yelled back "Go Duke!" He said that wasn't funny and got kind of irate and I said, "Well, think about what you just said to me." Otherwise, their crowd was cool about me being in Bama gear. Here's a clip of the crowd chanting during the game: 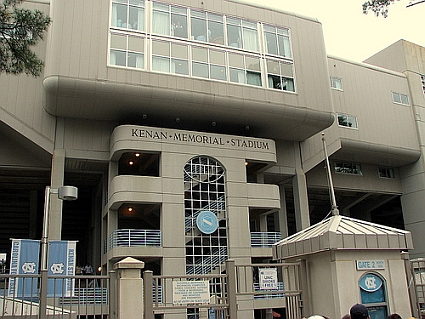