Charley Waldrep Coming to The Capstone

Share All sharing options for: Charley Waldrep Coming to The Capstone 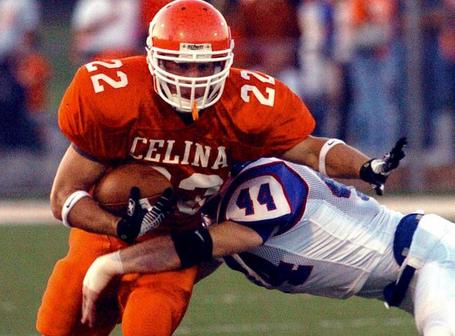 Charley Waldrep is a 5-10, 185-pound All-Star running back out of Celina High School in Texas who is headed to the University of Alabama this fall on a scholarship. Although he has expressed an interest in walking on for the football team, his primary intention is to play baseball. That’s a significant relief to his father.

The elder Waldrep became part of Alabama family in the most tragic way on Oct. 26, 1974. A starting running back for TCU, he was hit while carrying the ball on a sweep to the right on fourth-and-long. He never stood on his own power again. Waldrep's neck was broken on the play leaving him paralyzed him for life.

Coach Bryant was devastated by the incident and took it upon himself to assist Waldrep in whatever way he could, eventually establishing a fund to help cover his medical expenses.

When Waldrep’s eldest son Trey enrolled at Alabama in 2006, he became the first recipient of the Paul W. “Bear” Bryant Scholarship who was the child of a player who competed against the Crimson Tide. Charley will become the second.

Established by Coach Bryant in 1973, the Bryant scholarship ensures the sons and daughters of the legendary coach will be able to attend Alabama. According to the university, more than 400 children of his former players have benefited from the scholarship which is administered by Bryant's son, Paul Bryant, Jr.

His brother Charley is a slightly different case. In Texas he was a standout running back for the Celina Bobcats garnering inclusion to Texas High School Coaches Association's North All-Star football squad. In addition, his team finished as Class 3A Division II state runner-up last year.

Although he participated in Coach Saban's football camp last year, the youngest Waldrep is expected to try out for Bama baseball in lieu of football. But first the Bobcat's standout catcher has to wrap up a busy summer. He is slated to play in the Texas High School Baseball Coaches All-Star game next month as well as the Texas High School Coaches Association All-Star football game in July.

Charley's decision to pursue baseball alleviates a major source of worry for his dad. During his son's football career at Celina, the possibility of Charley suffering an injury like his own haunted the elder Waldrep every tackle of every game. Despite that, Kent never prohibited either of his sons from playing.

"I can't limit their lives because of something that happened to me," Waldrep told the Dallas Morning News in 2006.