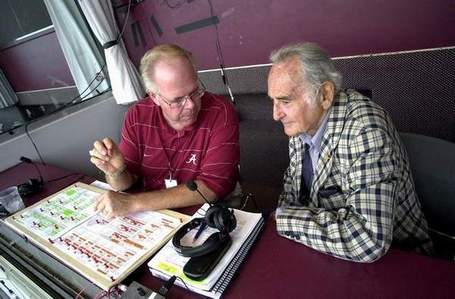 Bert Bank, producer emeritus of the UA football radio broadcast died Monday. He was 94. Bank was a state legislator and survivor of the Battan Death March during World War II. He founded two radio stations before going on to create the the Alabama Football Network that carried the broadcasts of the game statewide.

A longtime supporter of the Crimson Tide football program, he was on a first-name basis with every coach going back to Wallace Wade. Bank created the radio network on the suggestion of Coach Paul W. Bryant, who he had known from his days as a player for the University of Alabama.