Stadiums I've Been To For CFB Games: Vanderbilt Stadium

Share All sharing options for: Stadiums I've Been To For CFB Games: Vanderbilt Stadium

Last row of the stadium and still a great seat

I've only been there once, for Alabama's 24-10 win over the 'Dores in 2007. It was a bit of an ordeal getting there for me. My car broke down on the way and after I did a roadside repair which greatly delayed me, my air conditioner broke. Needless to say, a 4+ hour car ride with no A/C in early September was kind of brutal.

Our fans completely took the place over (see below.) It felt like a tiny, quaint version of BDS that day. Any time they started a cheer, we'd just drown it out instantly. The stadium is super easy to get in and out of both on foot as well as traffic-wise...and that's always a major plus when thinking about leaving places like Athens or Tuscaloosa after a game. Anyway, I had a seat on the last row of the stadium and it still felt like I was right on top of the action.

There's no real tailgating to speak of there (I saw very few tents) and even the vendors outside of the stadium were selling Alabama gear at a rate of about 10-1 to Vandy gear. Not one of football's "hallowed grounds" by any means and nowhere you're going to go out of your way to check out if your team's not involved, but given my proximity to it, I'd definitely go see Alabama play there again....plus it's in Nashville, which is always a good time. 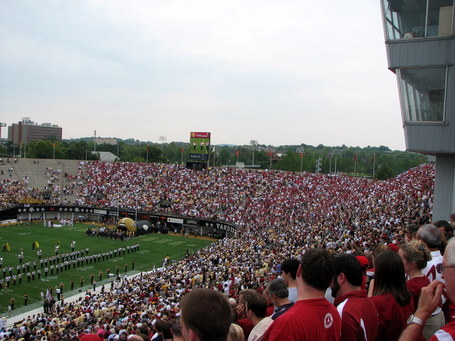 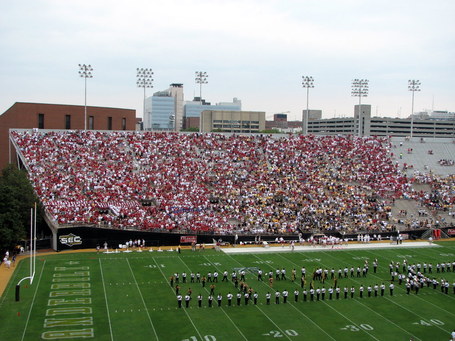 What's this about it being a road game? 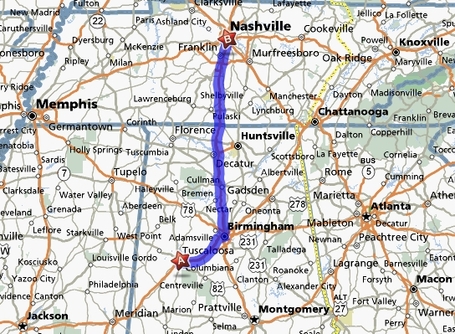 494 miles round trip with no A/C in September...the things we do for our team