Out of Curiosity: Is Year Two Always a Step Forward?

Share All sharing options for: Out of Curiosity: Is Year Two Always a Step Forward? 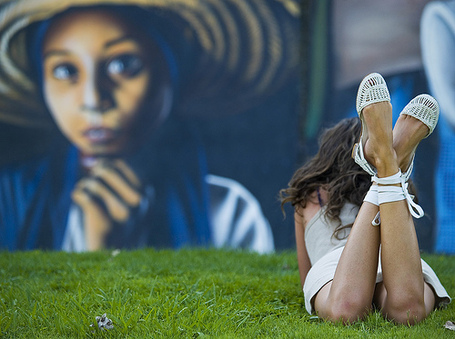 Has nothing to do with this post, but it's the first thing that comes up when you search "out of curiosity," and I like it.

Last year about this time I was reading one of the preview magazines and it made a blanket statement to the effect of "Alabama will win more games this year since programs always show improvement in year two under a new head coach." I'll try avoid splitting hairs over what "show improvement" means under these conditions, since improvement doesn't always equal wins, and the idea that a team is going to be better just because it has had a year to better absorb a new coach's schemes and style ignores a lot of factors like player attrition/graduation, the difference in schedule between years, staff turnover, recruiting, and etc. But since this is just me amusing myself during the long dark that is the offseason, I decided to take a look at all of the current SEC coaches (save Mississippi State's Dan Mullen, who has never been a head coach, and UT's Lane Kiffin, who's only head coaching experience was with the Oakland Raiders and therefor doesn't count as head coaching experience) and see if their win totals improved from year one to year two at each of their coaching stops.

As you can see by the chart below, there's enough evidence (at least among the SEC head coaches) to support the assertion that teams will show improvement in year two of a new head coach: 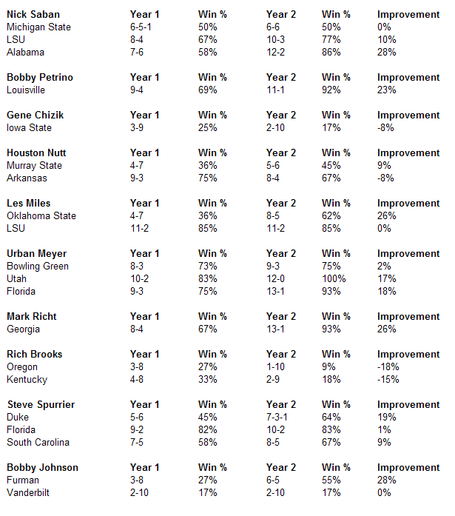