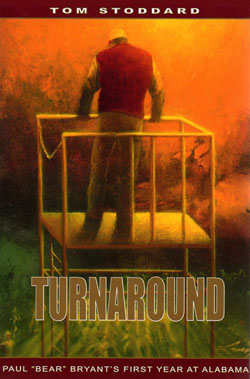 The phenomenal success of Paul "W" Bryant as head coach of the Crimson Tide often seems something that was destined for the former Alabama player from the very start of his career. His tenure leading other teams are often seen as simply a prelude for the inevitable moment "mama called" and he returned to Tuscaloosa. The sheer scale of his achievements at the Capstone cement this perception.

Tom Stoddard’s 2000 book Turnaround doesn’t take that assumption for granted and provides a detailed look at Coach Bryant’s first season at Alabama. The challenge to transform a program that had gone disastrously off the rails – only four victories in three years - into a National Championship contender was one of the hardest the legendary coach ever faced.

To say expectations were high would be something of an understatement. Bryant was chosen "as the Moses to lead the tide out of the football wilderness" was how the Associated Press put it at the time.

With only 255 pages, Turnaround seems almost too short a tome to comprehensively cover the subject matter but Stoddard makes good use of the room he is given. Although similar in subject matter to Jim Dent’s, The Junction Boys, this is nowhere nearly as artful an effort – but that’s not really the point. 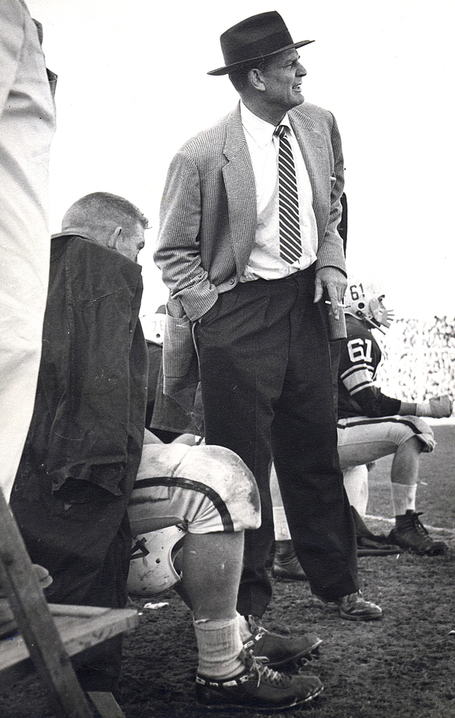 Stoddard delves into the X’s and O’s, providing player rosters, coaches’ reports and, something frustratingly rare in sports books, an index. While this might not be the best selection for recreational reading, Turnaround is an invaluable resource for understanding the history of Alabama football and the legacy of Coach Bryant in particular.

What Turnaround excels at is demonstrating the way Coach Bryant methodically put a winning program together from the ground up. His efforts to overhaul the roster, revamp the game strategy and invigorate recruiting are exhaustively examined. The 1958 campaign was, in many ways, an effort to establish a new culture for the program as much as it was interested in garnering more wins.

One of the challenges Stoddard faces in telling this tale is the sheer romantic imagery that the Junction evokes. He even tacitly acknowledges that Coach Bryant’s first Spring practice at Alabama came to be known as "Junction East."

Setting out in March of 1958 Bryant told his charges, "Look, I don't care if I end up with 11 people. The 11 people that stay are going to be the ones playing." And what ensued certainly echoed the events in West Texas four years before; grueling but intricately organized practices, players sneaking out under the cover of darkness and an completely remorseless head coach.

But the comparison doesn't really match up. The Junction was a ten-day pre-season effort (originally intended for a full two weeks). The emaciated A&M squad returned to campus and immediately started their abysmal 1-9 effort for 1954. At Alabama, Coach Bryant was able to move the survivors of his Spring practices into a strenuous summer conditioning program and prepare them for the rigors of the Fall.

In any case, the scope of Turnaround is far more than the grueling practices themselves. A good example of this is how it gives a great deal of examination in how Bryant assembled his coaching staff and how they contributed to the dramatic changes that occurred to the program. Stoddard also gives some consideration into the evolving strategies Coach Bryant chose to employ and the reasoning behind it.

Coach Bryant's success in transforming Alabama football is, in many ways, the culmination of his experience up to that point. Had his career ended at the close of the 1958 season, his primary legacy would have been as an unparalleled reviver of languishing programs.  With the difficult foundation work completed, he was then able to undertake the new phase of his career as an unequaled builder of championship teams.