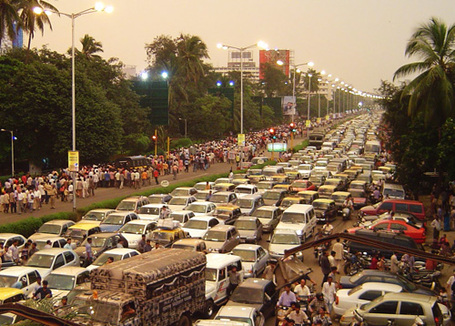 Happy Monday, everybody. You can tell it's really getting close to football season when folks are getting testy due to that unholy brew of excitement, anxiety and long-standing grievances. For example, Southern Football Insider cranked out a 2,700-plus word screed on the topic of attrition over the weekend and I then made the mistake of passing it along to my colleagues for their input.

Pete said the piece is "a great example of someone using 5-10x as many words as they need because they have an MBA and want to sound smart." He questioned the assumption that the attrition model is fixed as it ignores the fact it "is a great way to jump-start a program and can easily be tapered off."

Todd subsequently praised it for simply addressing the practical implications of said turnover rates and not attempting "to address or ascribe "evil" intentions to the turnovers rates at large programs." He then insisted I post it in the MMRR or he'd make me eat a bug.

It only happens once or twice a year so enjoy it: Due to all excitement of fan day this weekend Coach Saban forgot himself and unleashed his assistants to speak. Defensive Coordinator Kirby Smart talked a bit about the pass rush  and then garnered some serious love from the Tuscaloosa News and  the Mobile Press-Register. Offensive Coordinator Jim McElwain also took to the rare moment in front of the microphones with relish.

Joe Willie gets his sheepskin: Among the 900 Alabama students to graduate this weekend was Joe Namath who finally came back to the Capstone finish his course work 42 years after leaving school early for some side job you might have heard about.

For the love of God please tell me Franchione had nothing to do with this: Turns out there's a prolific electronic mailing list for former UA players, coaches, managers and trainers to keep in touch boasting upwards of 2,200 active members.

If you want a picture of the future, imagine a boot stamping on a human face—forever: Rocky Top Talk, And the Valley Shook and Team Speed Kills all wring their hands nervously over the new SEC media rules.

Jeeze, it's not like it was a Daniel Moore print or anything: One of those lovable ingrates that run things over at Black Heart Gold Pants, SB Nation site covering all things Iowa, took a hysterical trip to a Colorado thrift store and made an astonishing discovery.

Coaching at Tennessee is easy as falling off a.... fence?: Monte Kiffin battles gravity. Loses.

The beauty of selective reasoning: TET looks at a world where Chizik never went to Iowa State, which is ironic since Cyclone fans have been drinking hard to wipe out the memory he was ever there.

In memoriam: Robert Eugene (Bob) Hallum, one of Coach Bryant's players in Kentucky passed away this weekend.