Share All sharing options for: A Few Early Fall Observations 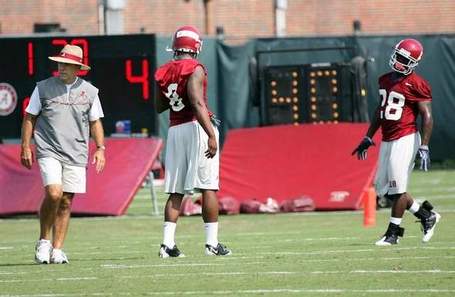 As any long-time reader of RBR knows, none of us here claim (or have ever claimed) any legitimate amount of "inside" information. We do not  have a best friend's sister's boyfriend's brother's girlfriend who heard from this guy who knows this kid who's going with the girl who saw Ferris pass out at 31 Flavors last night. That is not who we are, nor is that what we pretend to be. Here are RBR, our football-related specialty is really commentary and analysis, and we leave the reporting to the professionals. However, that fact alone creates a legitimate problem with regard to reporting on the Tide's practice sessions simply because no one is actually allowed to watch practice, so it goes without saying that it can often be difficult to separate the truth from the fiction and discern exactly what is going on. So, the best we can really do with this is to compile all of the information possible from all of what we would consider credible sources, and do our best to piece things together from there.

With that in mind, to the best of my analytical abilities, here are a few early fall observations: 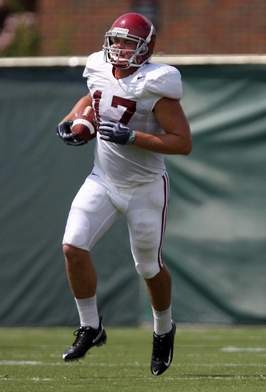 That's all for now, but obviously more will be coming up in the following days. It should be pointed out that we are still very early in the game -- pads went on for the first time Monday, and today was the first of two-a-days -- and in particular it's very early for the incoming freshmen. Keep in mind that at this point last year, Julio Jones was just beginning to start working his way up from the bottom of the non-existent depth chart. Bottom line, everything is very volatile at the moment, and things are subject to change. The first scrimmage of Fall camp is scheduled for this Saturday, and by the end of that we should have a much better feel on how things are progressing.