Share All sharing options for: RBR Reading Room: Another Season 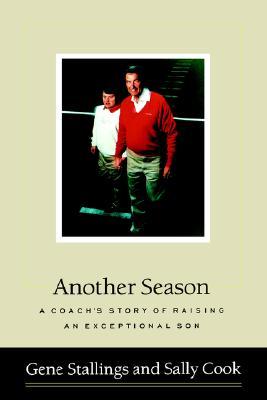 The memoir of Alabama coach Gene Stallings is distinctive for what it is not about - football. It is, instead, a story about a father who happens to be football coach and his very unique son, John Mark Stallings.

Ironically, Another Season, might be one of the best books about Crimson Tide football ever written because instead of focusing on final scores and anecdotes it invites you into the life of a man who led the team to a National Championship. And it reveals that as great as that achievement was and all that it represented, the most satisfying part was sharing it with his son.

John Mark Stallings was born with Down Syndrome in 1962 and the struggle to cope first with the knowledge of that and then the challenges his son’s conditions sorely tested his family. As his father moves from his assistant coaching job at Alabama to the head coach at Texas A&M and then to the pros, to focus of his journey is his son and his family.

And the family's return to Tuscaloosa in 1990 when Stallings became the Crimson Tide head coach and the ensuing national championship is more of a culmination of a host of long struggles. A capstone, if you will, to an amazing story.

It is the kind of thing that TV news loves to do feature pieces about, inevitably featuring the emotive reporter with sad face speaking with meaningful tones over emotive piano music. All of which, Another Season, makes very clear – misses the point. John Mark Stallings story is not about his ability to overcome anything, it’s about the world learning about something extraordinarily special.

Another Season was co-written by Sally Cook, a reporter with the Associated Press, and it is a collaboration that works quite well. As much authority as Coach Stallings words carry, he tends to write like a coach speaks. Blandly, with a bunch of anecdotes and an almost palpable need for a chalkboard to diagram what he means.

Cook brings a welcome narrative flow as well as bolstering the tale with the research that gives it authoritive heft on the various subjects it addresses. Her ability to use Coach Stallings attention to detail as a key device to tell the story is remarkably effective. 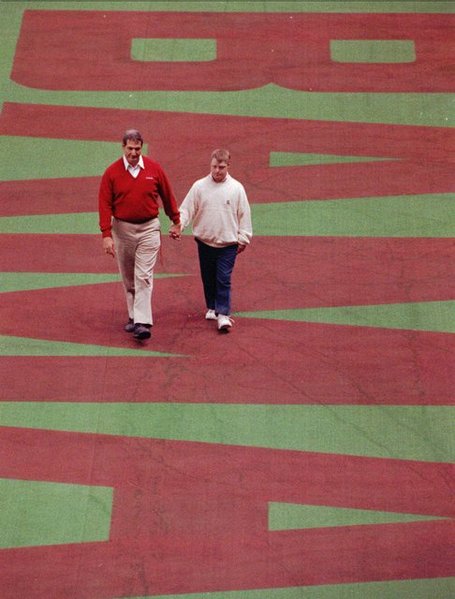 Her guidance keeps the tale from slipping into sentimentality and makes the book that much more rewarding. The emotional wallop of Kareem McNeal’s tragic story would be the centerpiece of any other such tome – becoming the test for which it would either pass brilliantly as a moving description of perseverance or dissolve into a pile of hyper-sentimental mush.

But where Another Season transcends itself is in showing how football, even Alabama football, can actually be more rewarding if held in proper perspective. Slavishly devoting one’s life to the game, either as a fan, a coach or as a player, to the exclusion of the other aspects of one’s life is a true tragedy.

Stallings recounts how the weight of his firing as head coach of Texas A&M at the end of the 1971 season took a devastating toll on him. The disappointment over the dismissal and confusion about his  future put him into a serious tailspin.

It was only when he was surprised on a car trip that he realized his son had finally learned to read after years of fruitless efforts. It was a phenomenal breakthrough for the young John Mark and his father had almost missed it due to his self absorption.

"I wasn’t really hearing anything but the constant voice in my head examining each day of my seven years as coach at A&M and wondering how I could have possibly gotten fired from my alma mater," he wrote. "I had wasted so much time being upset that I hadn’t even noticed my son’s progress."

That insight and sense of perspective served him well years later battling the bizarre business antics of the Bidwell’s in Arizona and vagaries of the NCAA infractions committee in Alabama.

John Mark Stallings passed away last year at the age of 46. It was a huge loss to Alabama football but, moreover, it was the loss of a very special person. Another Season shows exactly how big the hole in the world is now that he is gone.