Another Season Re-release in October

Share All sharing options for: Another Season Re-release in October 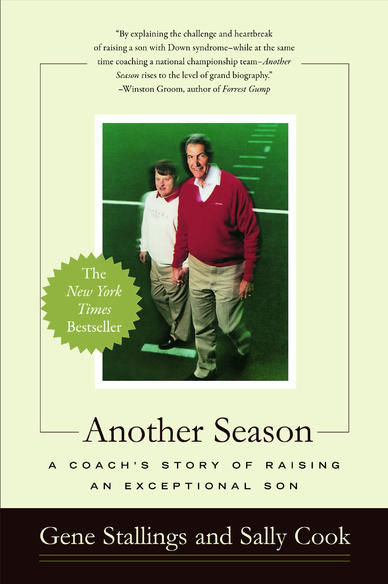 Earlier this week the RBR Reading Room looked at Gene Stallings' book Another Season which covered his coaching career but from the perspective of raising his son John Mark who was born with Down Syndrome.

We were then contacted by the co-author, Sally Cook, who informed us that Another Season is being re-released later this year by Hachette Books. The book will feature a new afterward by Coach Stallings penned in the wake of his son's passing last year.

You can pre-order the new edition of Another Season on Amazon.com or you can head over to Alabama Booksmith in Birmingham after Oct. 9 and pick up a copy while supporting a local literary establishment.