Road Trips I'd Like to See: Washington, Colorado, Maryland

Given the rapid approach of the season, there's not any way I'm going to realistically finish the Road Trips I'd Like to See series as in depth as I'd like it to be. That being said, I don't want to leave y'all hanging and will now give you the list in only a couple of more posts with a paragraph or two about each choice.... 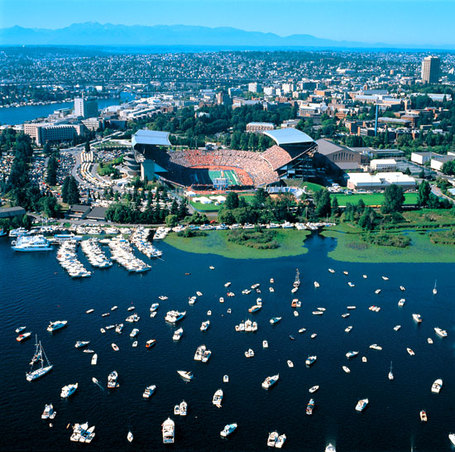 Waaaaaaaaaaay cooler than the Vol Navy

08: Washington Huskies: Washington, as most of you know, holds a special place in Alabama football history. The Tide's 1926 victory over the Huskies in the Rose Bowl catapulted Alabama and Southern football into the national limelight and brought respect to the region (on the gridiron anyway.) Combine that bit of history with the fact that the school is located in Seattle and that their stadium has one of the most impressive settings in college football and this is a no brainer to make the list. If the Huskies can resuscitate their once proud program, they'd be way higher on this list.

Seattle has a ton of stuff to do: A great music scene with a lot of good venues drawing national and international acts and there are three first division pro sports teams that would be in season as well if we were to play there (Seahawks, Mariners and Sounders FC.) If you feel like having a more active vacation, Seattle is a great place to do it. There's tons of hiking, biking, sailing, etc. in the area as well. Seattle was named "America's Fittest City" in 2005, so it'd probably be good for Alabamians to travel there en masse (no pun intended) and hopefully bring some of their healthy habits back with us. And hey, where else can you see people throw big fish on a regular basis? 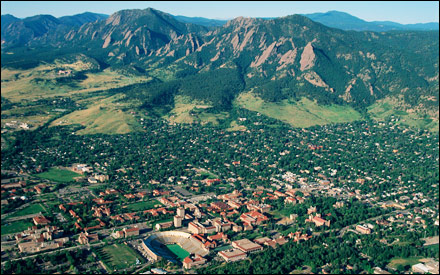 07: Colorado Buffaloes: Though the two teams have only met three times, the two recent contests have been rather exciting. The 1991 Blockbuster Bowl saw the Tide defeat the defending national champions 30-25 in a bizarre contest that found CU leading 12-10 at the half (with the longest scoring drive for either team being a whopping three yards.) The 2007 Independence Bowl saw the Tide win 30-24 in a game that should never have been close after going up 27-0 five minutes into the second quarter. We've never played them in the regular season though and it seems like it could be a fun match up, though one we should win at this point in both program's development.

Anyway, the reason I'd like to see a road trip is the outdoor activities: hiking, mountain biking, climbing, etc. It's an outdoor lover's dream to combine with a weekend of football. Not only that, but it's a mere 28 miles from Denver according to Mapquest. You could make a pretty sweet week long vacation out of that one. Spend half in the city, half in Boulder and see a game. Not too shabby. 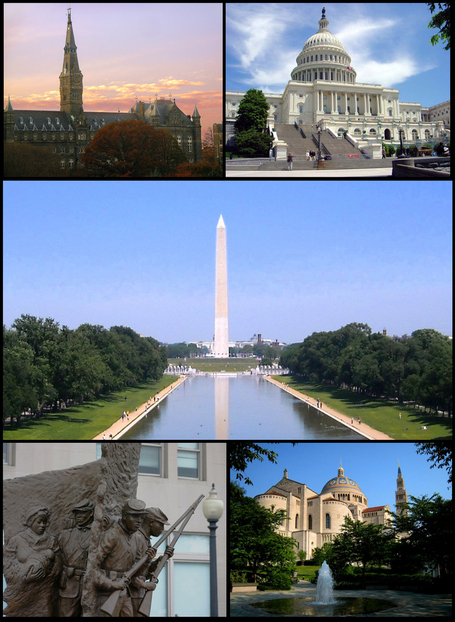 Stand to the right or walk on the left. The locals will thank you.

06: Maryland Terrapins: Maryland and Alabama have only met three times, with the most recent contest being in 1974. Alabama holds a 2-1 record in the series. They've had their ups and downs lately under coach Ralph Friedgen. After beginning his tenure at Maryland with three ten or more win seasons, his success level has dipped considerably with the Terrapins having two winning seasons and three losing seasons in the last five years. Maryland holds interest to Alabama fans as the place where Coach Bryant began his amazing career as a head coach (not counting North Carolina Pre-Flight.)

So...why College Park, Maryland as a destination? Because it's close to Washington DC. College Park is a stop on the Metro Green Line and super easy to get to while vacationing in DC. Seeing as it's the nation's capital and all, everyone should go to DC at least once. Even if you were to skip all of the monuments and government related tourism, there's still a plethora of museums, performing arts centers, great rock clubs, restaurants, and a million other things to do in DC. I've been several times and always look forward to going back and discovering new things. So whether you're dropping by Ben's Chili Bowl for the first time or exploring some of the awesome Ethiopian cuisine in town, DC never fails to entertain.