Box Score and Such: Alabama vs Virginia Tech

Share All sharing options for: Box Score and Such: Alabama vs Virginia Tech

Looking at the box score, there are three things that really jump out from last night's game:

Players of the Game: 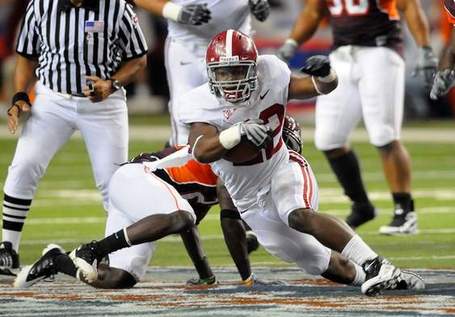 With 99 of his 185 total yards coming in the fourth quarter, Ingram effectively iced the game for the Crimson Tide after struggling early on.  His 150 yards rushing was a new career high for him, and he's shown that he is more than ready to fill Glen Coffee's shoes as the primary running back for the Tide. 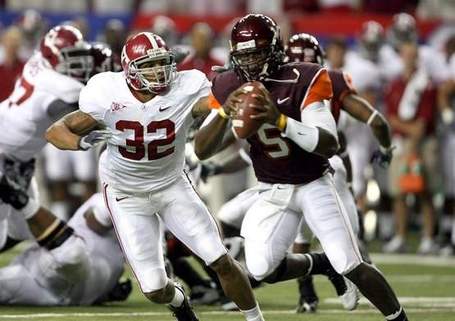 Though Anders was our best edge rusher on passing downs last year, I'll admit that I was a little worried about him taking on an every down role. He's smaller than your prototypical Jack linebacker and really didn't do anything but rush the passer last year, so I didn't know how well he would fare against the run or in coverage. With 8 tackles (2 for loss) and a forced fumble last night, he's put some of my fears to rest.

Shot on Monday, lining up against Va. Tech on Saturday. You are not tough.