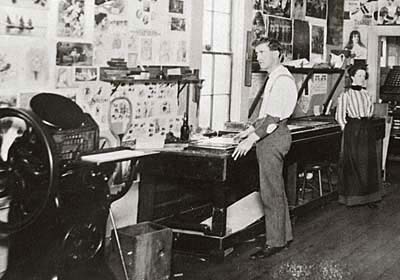 Blogging is my day job.

Alright kids. Party's over. The inaugural weekend of the college football has come to a close. Sure, there's a couple of games on tonight to make you feel like the festivities are continuing but it's back to the salt mines for you. Oh wait! It's Labor Day! So why don't you go get that free Chick-fil-A and waste the rest of the day like you would have done at the office anyway? And RBR is here to help by providing the best of the nonsense out there on the interwebs for your enjoyment.

College football is more popular than Law & Order. Good to know: The Alabama vs. Virginia Tech game was the most popular thing on television Saturday night, garnering no less than 6.6 million viewers.

ESPN plan for world domination continues: No matter what you think about all this big opening weekend matchups, one thing is for sure - you can blame this man for them.

Let's be careful out there: A UA band bus hit a car at an Atlanta intersection (the driver of the car was injured) on the way to the game and a blogger for The Birmingham News got way too close to a wreck on the way back.

Our nation's ongoing tragedy: Phil Fulmer and Tommy Tubberville had lots of time on their hands this weekend.

The groundskeeper had to do 100 wind sprints: Fifty years ago this week, even the grass was pissing off Coach Bryant after the team's first scrimmage.

Spellcheck doesn't work but the edit button is just fine: Auburn finally fixes the misspelling of their coach's name on their post proclaiming the greatness of their WAC victory this weekend.

Alabama vs Florida International: Not a lot here folks. The Crimson Tide has only played FIU once, a 38-3 win in Tuscaloosa on Oct. 28, 2006. During that contest Bama corner Ramzee Robinson's snagged a pass by the Golden Panther's Josh Padrick in the fourth quarter and scampered 34 yards for the touchdown. According to the clearly outdated Record Book, the game is the last time Alabama's has gotten a pick six (at least four players achieved this last year).