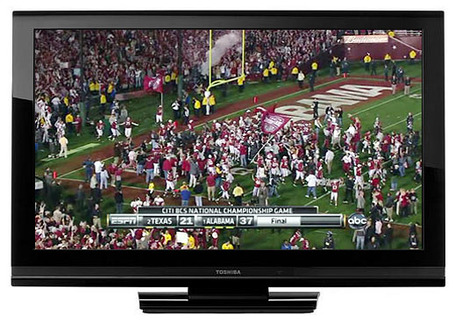 The BCS National Championship Game between Texas and Alabama last Thursday proved to be the second most watched title game in the history of the BCS era according to the Neilson Media Research. An estimated 30.78 million viewers tuned in to ABC for the Crimson Tide's 37-21 victory over the Longhorns in Pasadena, California's Rose Bowl stadium that earned the storied Alabama football program its 13th national championship.