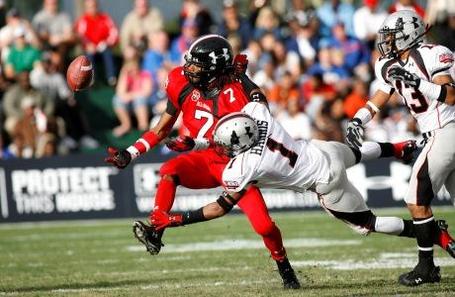 Kicking off at 10:00 central this morning on ESPN will be the Under Armour All-American Game live from Orlando. There will be several Alabama commitments playing in this game, including Philip Sims, Demarcus Milliner, Brian Vogler, Adrian Hubbard, and others. Also, several other prospects currently on Alabama's board will be playing as well, and quite a few nationally known recruits will be committing during the game.

Specifically, make sure you watch out for both Chris Dunlkey and John Fulton. Both of those guys will be committing during the game tomorrow, and 'Bama is a serious contender for both. Hopefully the Tide can pull off a couple of more recruiting coups. For what it's worth, it seems like we'll get Fulton while Dunkley will be a Gator, but we'll find out for certain soon enough.

Chime in with your thoughts here.