Share All sharing options for: A Little Friday Morning Piece of History

As many of you may know, The Girl works for Vulcan Park and Museum and she found an interesting picture while going through their archives yesterday: 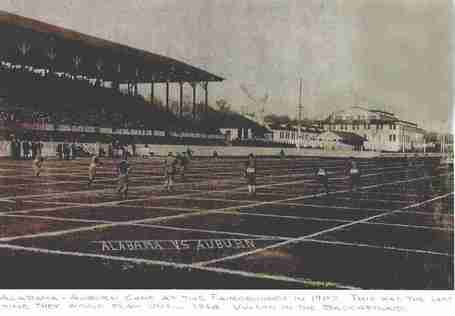 That's a photo taken of the 1907 "Iron Bowl" at the Birmingham Fairgrounds, a game that resulted in a 6-6 tie and was the last meeting between the Tide and Tigers until 1948 due to disagreements over everything from "the amount of expenses to be paid players, as well as from where officials for the game should be obtained."  Further:

Turns out Tommy Tuberville wasn't the first Auburn coach with an open hostility towards offensive innovation...