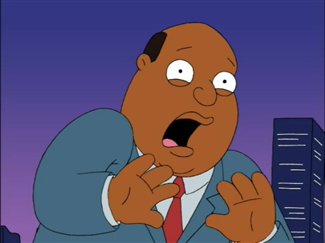 While the Crimson Tide football players are enjoying Southern California's wonderful mid-winter weather as they prepare for the BCS National Championship game against the Texas Longhorns, the state of Alabama is suffering under a pretty nasty cold snap. Birmingham TV station ABC 33/40 recently notified viewers that it will offer constant updates on the situation throughout the week.

Which was all fine and dandy until a local radio station began telling listeners that the TV station planned to break into the broadcast of the title game Thursday night to provide weather updates. The result was a barrage of hate e-mails that, according to meteorologist James Spann, included "some very personal, nasty threats."

"There will be no maps, crawls, or cut-ins during the game," Spann wrote on the station's weather blog. "All of our coverage will be handled via our digital channels and the web. Hold the hate mail, please, and save your energy for something else more constructive."

::UPDATE 1:: The interest in the issue led to a rush of online traffic to the station’s weather blog this morning causing it to crash. Service was able to resume only after comments and other features on the site were disabled. As of the time of this post it was still offering limited access and carrying a “high traffic mode” disclaimer. 4:14 p.m. 01/04/10

::UPDATE 2:: It seems WAAY-TV in Huntsville had a similar situation today prompting news director Keith Lowhorne to issue an "apology" which was then changed to a "notification." In either case he assured viewers that "unless there is a major catastrophe or lives are at stake, you will be able to watch the game without issues." 7:20 p.m. 01/04/09