So do Alabama players drink milk and hang out at the library?

"We have fun off the field," said Jones, who says he doesn't go out much himself. "We're allowed to go out and have a good time. Just make sure you're responsible and don't do anything stupid that would hurt the team."

"Coach Saban has just really emphasized being a good Samaritan on and off the field," senior quarterback Greg McElroy said. "We understand the importance of what you do off the field is every bit as important as what you do on the field. We understand that if you don't go out there and handle yourself both in the classroom and outside the locker room and outside the playing field, then you don't really deserve to have the opportunity to go out there and compete on Saturdays."

Burton meets with three position coaches each week (offensive coordinator Steve Addazio, quarterbacks coach Scot Loeffler and tight ends coach Brian White) to deal with his varied responsibilities. Worried about loading too much on his plate, Florida coach Urban Meyer has taken Burton off special teams. But Burton doesn’t care where he plays, as long as he’s on the field.

The Associated Press: Everyone still chasing Alabama, Florida in SEC

"It's not all that uncommon," Georgia coach Mark Richt said. "It's happened from time to time. It's not like it's never happened before, but it usually doesn't last forever. The job that Nick and Urban are doing right now and the momentum that they've created through it when it comes to recruiting and everything else, you sit there and go it's going to be tough.

"It'll probably be a while for them to slow down, but it just means that other people have to rise up and get better. It's not easy to do, no doubt, because it doesn't happen all the time. But when it does, everybody's doing everything they can to take these people down."

Florida-Alabama rivalry all about being the best - UF - MiamiHerald.com

UF (4-0, 2-0 SEC) and Alabama (4-0, 1-0) are not natural rivals, but as the most dominant teams in the SEC since the league expanded, the Gators and Crimson Tide have met often enough to form a healthy tradition. Since the SEC began playing a championship game in 1992, Florida and Alabama have played each other in the title game six times, with each team winning three.

Pat Dooley of the Gainesville Sun decried any attempt to diminish the rivalry between No. 7 Florida and No. 1 Alabama. Here’s one more: the difference between Florida-Alabama and Florida-Florida State is the difference between infatuation and love. The minute that the Gators or the Crimson Tide quit winning, the rivalry ends. Notice how the heat has disappeared from the Florida-Tennessee series? But every Florida fan, no matter the record, wants to pummel Georgia. Now that’s a rivalry.

And last, but not least, from the SI Photo Archives, Joe Namath and Hugh Hefner: 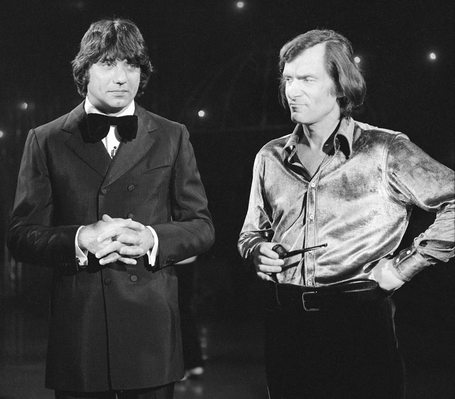