We'll go video this week since the whiskey voice is at least 1/3rd the appeal of La Stone.

Well, what can I say? The Football Gods were apparently unimpressed with our efforts last week, so time to step it up. Let the embarrassing admissions (and no, saying you are going to watch Cincinnati at Louisville tonight does not count unless you are watching it because you are a fan of either team, in which case sux 4 u lulz) or whatever good juju you've been using fly in the comments. Since the SC logo stays on the picture, I'll even throw in one of my own after the jump.

Bonus Embarrassing Admission: The Girl and I have created a "voice" and personality for the dog and routinely hold conversations over the phone as her. There have been a few times that I kind of forgot I wasn't actually talking to the dog, and have also caught myself speaking for her when we're alone. Aren't you glad you've got a front row seat to my slow descent into madness? 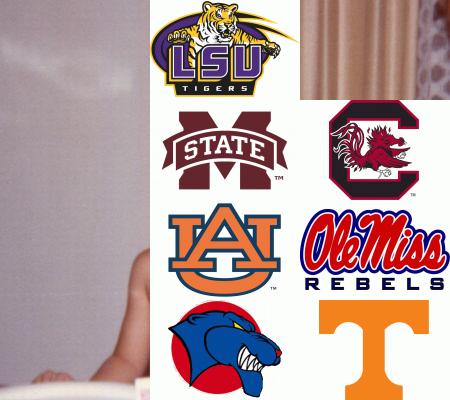