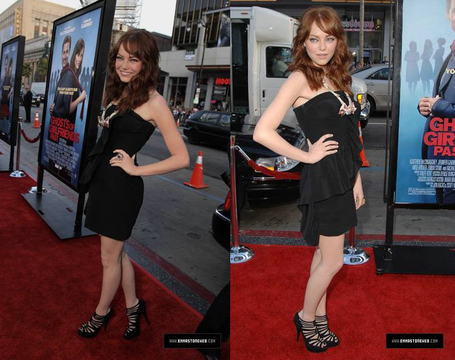 I'm sure he didn't know it, but our own Stuck In The Plains provided some inspiration via Twitter the other day:

This year I'm thankful that an NCAA pall is not lingering over the program. No one questioned 2009's legitimacy. #ihateauburn

I'm also thankful for Mark Ingram who won his Heisman while being humble, working hard, being a team guy. and being eligible. #ihateauburn

Also thankful for an independent Board of Trustees not under indictment or investigation by the FBI. #ihateauburn

Definitely happy UA is a top 50 public institution who's accreditation has never been threatened by SACS. #ihateauburn

Finally. Very happy that every week we don't have to defend no class, no account, dirty hacks like #NickFairley. #ihateauburn

I think that little tweet burst sums up the way a lot of us feel about this game.  Its not Alabama vs Auburn today, it's the good guys vs the bad guys.  It's Barrett Jones, Academic All-American vs Ryan Pugh, one of the dirtiest players in college football.  It's Greg McElroy, Rhodes Scholarship finalist vs Cam Newton, noted thief and cheater. It's Alabama fans that sent a Yankee home with tales of southern hospitality vs Auburn fans that not only boo their own players, but boo injured opposing players as well.  So for those of you going to the game, be loud.  Those of us watching from home, do whatever it is you do for good luck every week.  I've got my lucky shirt on and a heart full of hate, and 1:30 can't get here soon enough.  Roll Tide.