Share All sharing options for: Softball: Bama goes to Birmingham 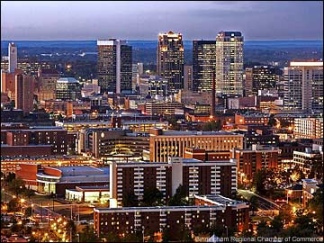 Tuesday, Alabama travels the 45 minutes up to Birmingham for another one-off this season, this time against the UAB Blazers. There are a number of people who frequent this site, ourselves included, who do not like to see the Tide and the Blazers face off. It's a love for both universities that was borne from a time in which one would cheer for UAB basketball and Alabama football. But, as both teams have upgraded other sports, no one should be surprised by Bama and UAB running into each other on an annual basis.

As of right now, UAB is sporting a 5-3 record, though winning the last three consecutive games. Here's what the Blazers have accomplished so far this season: An opening win in the Mississippi State Bulldog Classic on Feb. 13, 5-1 over Stephen F. Austin. They followed that with a lost to host team MSU, 4-0. The pattern replayed itself the next day, with another win over SFA and another loss to the Bulldogs.

At the outset of the season, Blazer infielder Catherine Douglass and outfielder Martina Landrum were named to the C-USA preseason all-conference team. Last season, UAB took out Memphis in the C-USA tournament play-in game, but lost to top-seeded Tulsa in the next game, which brought an end to UAB's season. The Blazers ended the year 21-34 and 11-12 at home.

The game starts at 6:30 p.m. Central at the UAB softball facility.