Gymnastics Showdown: No. 1 Alabama vs No. 2 Oklahoma

Share All sharing options for: Gymnastics Showdown: No. 1 Alabama vs No. 2 Oklahoma 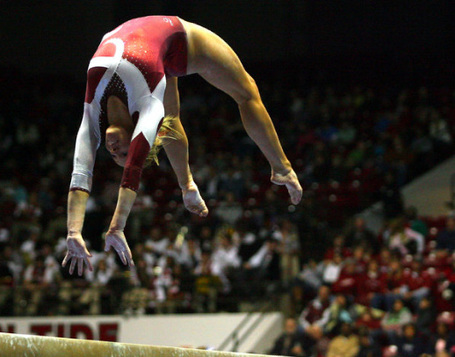 Alabama and Oklahoma share the No. 1 ranking on the balance beam.

Alabama gymnastics regained the No. 1 ranking this week just in time to head to Norman, Oklahoma tonight and face off against the the No. 2 squad in the land. It is the first time in two years that the top two teams have met and the last time Alabama took part in such a contest was in 2004.

Alabama and Oklahoma have been trading the two top slots in the national rankings since the second week of the season. The Tide squad regained the top ranking this week after a dominating performance on the road at Kentucky on Feb. 26.