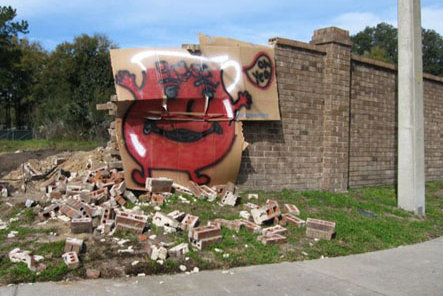 Last Monday we here at the RBR brain trust had grand plans for a week full of incisive analysis, thoughtful commentary and enlightening discussion. Instead we ended up having a massive Kool-Aid party that led to making fun of Penn State. Oh well, Kool-Aid man is a hell of a lot tougher than his creepy smiling visage might suggest.

Anyhow, here's your cheat sheet of everything you need to know to start your work week.

Helping Out Those Affected By The Nashville Floods

During the Crimson Caravan stop in Nashville last week, Coach Saban talked a bit about growing up with the threat of flooding in West Virginia. SB Nation blog covering the NHL Nashville Predators, On the Forecheck, whipped up a sidebar widget you can find on the left sidebar there that links to groups working to help folks in Tennessee affected by the floods. Think about the number of kids on our team from that area and consider helping out.

Mount Cody Stands Out in Maryland

Breaking News: Terrence Cody is very large. So large that even when he jokes about losing a lot of weight, he's still talking about being a huge guy. Whatever he weighs, after finally seeing the big guy at work this weekend at the Raven's mini camp, Baltimore fans are licking their chops thinking about next season.

All Your Bases Are Belong to Us

Alabama Softball clenched the regular season SEC Championship this weekend and is rolling into the conference tournament on a 21-game win streak and as the No. 1 seed (the Gators didn't really want that title anyway). The tourney kicks off Thursday in Fayetteville with Bama facing host Arkansas in the final game of the day. And it's on ESPNU. So be watching and Roll Tide!

Press Register Sports Editor Randy Kennedy is worried that Alabama is setting itself up for a huge embarrassment with the Georgia State game on Nov. 20 since it will either be the mother of all upsets or the mother of all blowouts. No matter what happens, it can't be as embarrassing as having an Alabama head coach leave for a job with Kentucky.

If you were hoping to get your hands on that gen-u-wine turf from Bryant-Denny Stadium being sold  for souvenirs at the low low price of $79.99... well, you best keep hoping cause they ain't going to be on anyone's mantle anytime soon. According to UA officials, the deal with New York-based Steiner Sports has been put on hold.

And, lastly, just remember that Kool-Aid Man only hangs out with winners. Oh Yeah! 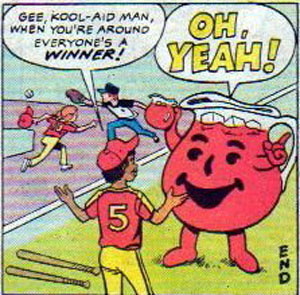