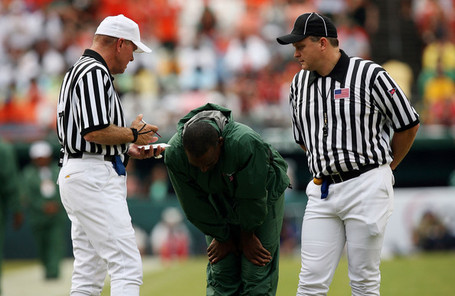 Per various outlets, including the Associated Press:

[Randy] Shannon has signed a new four-year contract from his alma mater, the university announced Wednesday night, ending a back-and-forth negotiating process that began more than a year ago. The deal included an undisclosed raise over the approximate $1.2 million Shannon made last season.

That sound you hear is the Florida and Florida State fans applauding the undeniable wisdom of "Tha U." But hey, a 21-17 record in your first three years demands a vote of confidence, an extension, and a pay raise. Just ask Mike Shula.