Thoughts on Conference Expansion: Why Expand?

Share All sharing options for: Thoughts on Conference Expansion: Why Expand? 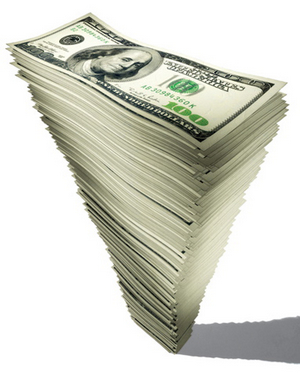 The offseason topic du jour in college football has been conference expansion. Literally not a single week goes by without the commissioners of the major conferences discussing the possibility of expansion and what it could entail. At this point, it would probably be a surprise if we didn't see a major realignment in the coming months.

But let us go back to a more fundamental question. Why expand in the first place? After all, college football is a multi-billion dollar industry that has experienced continued growth during an economic climate that has seen nearly every other industry on the planet shrink in size, and furthermore the existing conference structures have generally been in place for many years. Given that proven model for success, why take on the added risk inherent in blazing new trails?

The easiest, and probably most accurate, explanation is simple... cold, hard cash. And lots of it. For example, some estimates have the television revenue of the Big Ten more than doubling in a span of a few years with expansion. It's conceivable that other conferences could orchestrate agreements that would result in a similar revenue spike, and while these academic institutions may be non-profit entities, dangle a twenty million dollar (or more) prize in front of them and you can rest assured they will dance accordingly. As long as there is such a massive financial incentive to expand, there will be great pressure from a variety of sources all pointing in the direction of expansion.

But while cash may ultimately be king, there are other considerations in play, and those considerations probably tend to get short shrift when people start throwing around dollar signs backed up by multiple zeros.

Keep in mind who here is largely driving the expansion talk. While the SEC and the Big 12 may be discussing the possibility of expansion, it is the Big Ten who is clearly driving the expansion talk, while receiving some additional assistance from the Pac-10. In particular, while the SEC may make a reactionary move in the wake of expansion by some other conference (such as, but not limited to, the Big Ten), it's hard to see the SEC being proactive and willing to expand entirely of its own volition without an outside nudge in that direction. But the Big Ten and the Pac-10 are doing just that.

Why? The better question is, perhaps, why not?

Keep in mind that the SEC is the undisputed heavyweight champion of the college football world. With four consecutive BCS national championships -- with more clearly on the way -- and a conference championship game that is frankly just as big as the national championship game, the SEC effectively dominates the upper echelon of the sport. And while the Big 12 may not quite be to that level, in all fairness they aren't far behind, featuring at least one team in the BCS Championship Game in four of the last six years and six of the last nine years. Throw in three Heisman Trophy winners this decade and a couple of national championships, and for whatever the strength of the SEC the Big 12 clearly follows in a close draft.

But compare and contrast that to the Big Ten and the Pac-10.

While the Big Ten may receive a great deal of national media attention with traditional powerhouse programs like Ohio State, Michigan, and Penn State, the conference as a whole hasn't been anything particularly special in football in many years. The conference as a whole has only won two national championships in the past thirty-five years -- one of which was a split title (1997 Michigan) and the other involved a highly controversial pass interference penalty to extend the game (2001 Ohio State) -- and if you are looking for hardware beyond that, you have to go back to the days long before Watergate entered the national lexicon. Try to find some hardware for a Big Ten team not named Michigan or Ohio State and you have to go back to the days in which the support for Lyndon B. Johnson was just beginning to wane.

In recent years, things have arguably been even worse. Not winning national championships is one thing, but the highly-publicized BCS game debacles in recent years is another story entirely. Ohio State losing three consecutive BCS games was bad enough, but the annihilation of Michigan, Penn State, and Illinois at the hands of USC was even worse. And Michigan, one of the conference's two traditional powerhouses, is at its lowest point in decades, likely going to be on probation soon, and features a coach who will probably be fired with another season of struggles.

Somewhat of the same reality persists for the Pac-10. USC has clearly experienced great success for the past decade -- though some of that may be about to disappear at the hands of the NCAA -- but the rest of the conference has struggled greatly. Since the USC return to power in 2002, only twice has another team from the Pac-10 made a BCS game (both losses), and only rarely does someone aside from USC make any legitimate noise on the national scene. The Pac-10 may be unstoppable in the non-revenue sports, but for all intents and purposes the conference is an afterthought in college football.

So, again, why wouldn't the Big Ten and, to a lesser extent, the Pac-10 be looking to expand? They could get a massive infusion of cash, but perhaps even more importantly they probably have very little to lose from a competitive standpoint. Those conferences haven't been particularly competitive in recent years regardless, so if anything change may do them some good. After all, the SEC expansion of the early 1990's has resulted in no less than eight national championships by four different programs, and that comes after the SEC experienced a national championship drought of eleven years prior to expansion. Again, who knows, maybe it could do some good? If nothing else, it somewhat hurts their competitiveness and they end up largely in the same boat they have occupied in recent years, so the risk of expansion isn't great on their end.

On the other hand, for the SEC, the political calculus is completely different. Again, from a competitive standpoint, the SEC is the current undisputed king of the college football empire, and frankly there is only one way to go from here and that is down. With that in mind, it's only natural for the SEC as a whole to be naturally wary of expansion. It's hard to see the powers-that-be sitting in Tuscaloosa, Gainesville, Athens, Baton Rouge, and Knoxville looking at expansion and seeing how their football programs will benefit competitively. They may (and likely will) be able to increase their revenues by several million dollars, but the football-related benefits of expansion are unlikely to extend any further than that. The SEC may very well expand, but it's likely to be as a reactionary move to another conference's expansion, and not a self-driven effort taken completely of its own volition.

Finally, keep in mind that while they may not have the power to influence the actions of the conference as a whole, some of the smaller SEC programs are probably at least somewhat open to the idea of expansion. The administrations at the likes of Alabama and Florida are unlikely to be keen on that idea, but for schools like Ole Miss or Kentucky there could be a different view. The massive influx of new revenue would have a greater marginal value to the conference's small-budget programs than it would the programs with the deep pockets, and again from a competitive standpoint those programs may not have much to lose. Mississippi State, for example, hasn't won the SEC since the week before Pearl Harbor... how much worse could it really get for them? Besides, I'm sure the Bullies would love the massive cash influx for their baseball and men's basketball programs (both of which draw good fan support and both of which are generally much stronger than the football program). And if you're Kentucky, as long as realignment doesn't fundamentally alter your status as King Kong of the SEC basketball world (which it probably won't), well, then who really gives a damn what the SEC does? The same, in another sense, goes for Vanderbilt, too. They know good and well they will never win anything in SEC football, so why oppose a change that would for all practical purposes only result in them getting tens of millions of more dollars in the years to come?

Again, these schools don't have the political sway over the power-players like Alabama, LSU, Georgia, and Florida needed to independently alter the course of action that the conference takes, but by and large they probably have no major reason to oppose expansion, and in the wake of expansion by another major conference, they would probably be able to form a workable-enough coalition between themselves and some of the bigger schools -- those that think the SEC must answer affirmatively in the new arms race and expand in kind -- to push the SEC over the top and give the conference the final shove it needs to further expand.