And we all thought Nebraska was going to be the first team to bolt the Big XII, but Colorado has apparently decided to be the one-upper. The Daily Camera, the main daily newspaper in Boulder, reports the following:

It's a done deal.

The University of Colorado will announce at an 11 a.m. Friday press conference that the school will leave the Big 12 and join the Pac-10.

Multiple sources confirmed the deal to the Camera early Thursday, and league officials are scheduled to be in Boulder on Friday for the announcement.

And just like that, the Big XII becomes the Big X. Truth be told, it's hard not to see the mutual interest on both sides. Colorado fits fairly well with the Pac-10 academically and it brings them the Denver market, and for Colorado, well, it cannot get any worse than it has the past few years in the Big XII North.

Moving forward, this one is easy to predict. If hell freezes over and Texas and company decide to rearrange the deck chairs on the Titanic, the Pac-10 will only expand to twelve, bringing in Colorado and Utah. Almost certain, though, they will go to sixteen by bringing in Texas, Texas A&M ,Texas Tech, Oklahoma, and Oklahoma State to go along with Colorado. And honestly, I would expect them to make a move on that almost immediately. Given the fact that the NCAA broke out the Albert Means hammer on USC, the Pac-10 will likely try to wallpaper over that debacle as soon as humanly possible. There is no better way to do that than to expanding to sixteen teams with the likes of Texas and Oklahoma.

For the the Big X, they are now in an impossible situation, needing to find two adequate replacement schools -- even if Missouri doesn't get the Big Ten invitation -- and that's just no feasible. There was only one adequate replacement in the first place (Arkansas), and they aren't leaving the SEC for the Big X in this environment. Again, the Big XII is dead, we're just waiting on the coroner to release the official time so we can chisel it on their tombstone.

Meanwhile, Kyle Ringo of the Daily Camera also reports that the Texas pols aren't letting go of Baylor just yet:

A Big 12 source told the Camera that Texas Gov. Rick Perry has summoned representatives from Texas, Texas A&M, Texas Tech and Baylor to a meeting today to discuss strategies for keeping the foursome together in the same conference.

While the idea of adding Baylor is not a popular one with current members of the Pac-10, those feelings might be overcome by the huge television revenue that would be generated for the new league if Texas is added, both the school and the state.

Of course, taking Baylor after taking Colorado would require the Pac-10 to ditch Oklahoma State (which, academically and culturally I'm sure they would love) but that's probably not realistic if they want to bring Oklahoma into the fold. I suppose that does love the absolutely narrowest of openings possible for the SEC to pull in Texas, Texas A&M, Texas Tech, and Baylor by offering all four membership in the SEC, but frankly I think the odds of that are incredibly small and will realistically never happen. I imagine, at the end of the day, Baylor will just have to fall by the wayside. Protecting the little in-state schools is nice, I suppose, but when doing so may cost your top in-state programs dearly then it's time to cut bait. I imagine the Texas pols will fight for Baylor, but only up to a point.

In any event, your Big X weekend forecast remains unchanged... 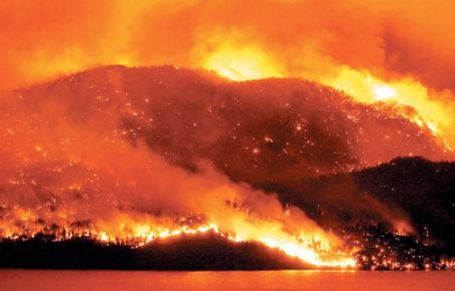 Update: Colorado is now officially a member of the Pac-10, beginning in 2012, as both the Pac-10 and Colorado officially confirm in a press release:

The Pacific-10 Conference announced today that the University of Colorado at Boulder has accepted an invitation to join the Conference as it’s 11th member, the first new member since July 1, 1978.