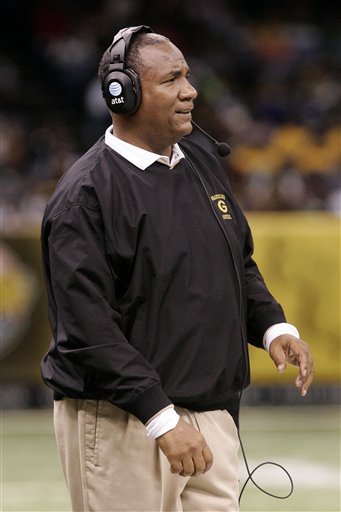 That is Grambling head football coach Rod Broadway. Recently at SWAC media day, he was asked what should be done to stop the continued attempts by agents to funnel illegal benefits to college athletes in an attempt to induce them to sign with their agencies after turning pro. Broadway quickly shot back:

Number one they should put them all in front of a firing squad and shoot their ass.

If the NCAA is not looking to hire Broadway as their new head of enforcement after that statement, they should be.