Alabama's Football Uniforms Through the Years

Share All sharing options for: Alabama's Football Uniforms Through the Years

Tomorrow the new uniforms for the Alabama Crimson Tide football team will be revealed for the world to see in New York City. We'll learn what the folks at Nike have cooked up for our players to don for at least one game as well as the contest which they will do so.

As you are probably well aware, this event is being met with some trepidation on the part of the Crimson Tide faithful. The uniforms are considered somewhat sacrosanct and any news they are to be trifled with is met with notable concern. The university an Coach Saban have both said they have insisted the watchword is tradition and changes will be minor.

Yet, the truth of the matter is that the Alabama football uniform has gone through a decent number of changes over the years. Yes, this has been significantly less than many other programs and it's current form is recognizable in the garb of the team in the 1940s. Still, since the first Varsity squad donned the crimson in 1894, the garb of the team has seen some changes. 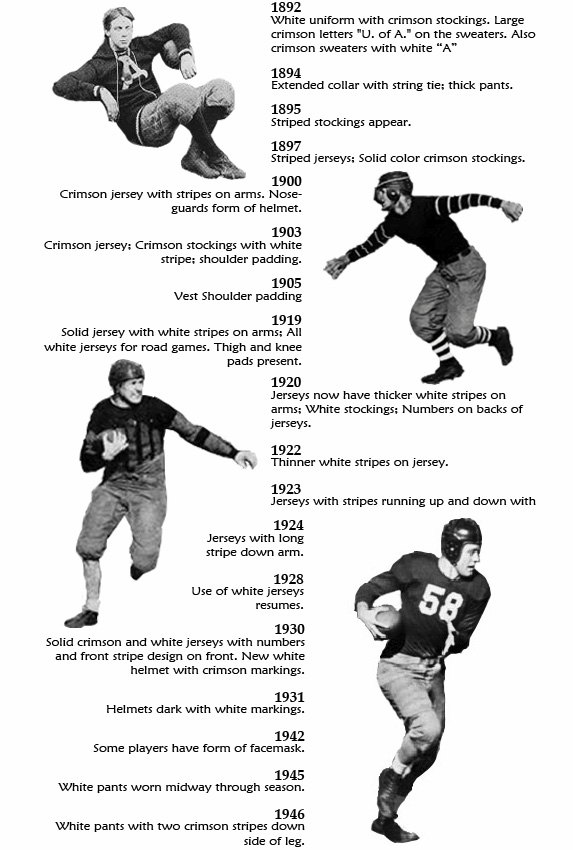 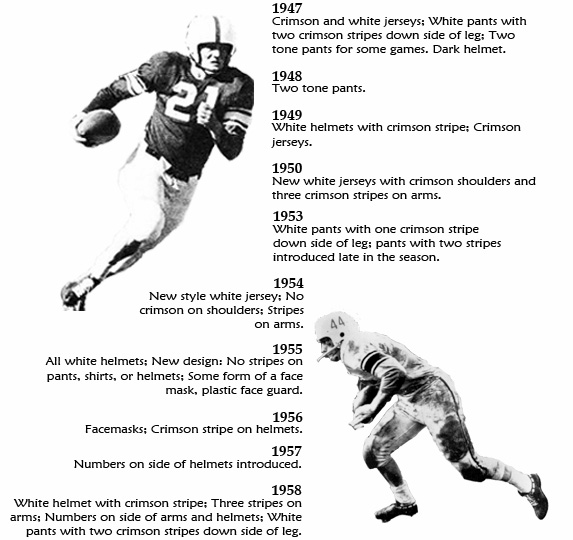 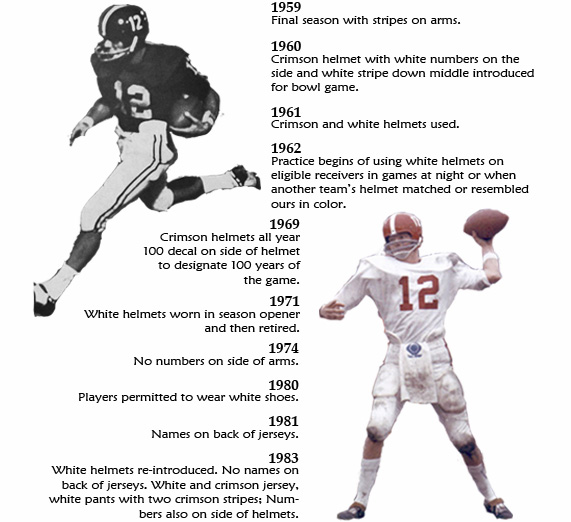 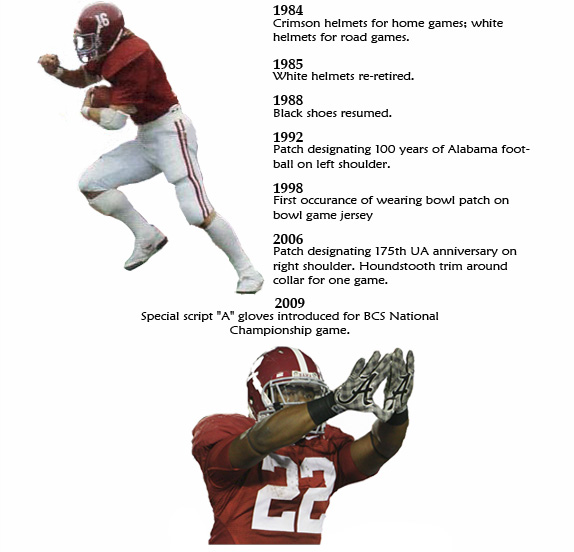 Source: The University of Alabama Record Book (with research by the Paul W. Byrant Museum)