Week two brought several upsets and many resounding thumpings, and not surprisingly the meltdowns were just as you would expect. UGA getting shellacked by South Carolina? They did not take it well. The Virginia Tech meltdown? Just as epic as you would expect. Florida State? Ouch. And the Boise folks smell a conspiracy.

You know the standard warning on the language, it gets rough. Fair warning. Blame yourself. Enjoy the meltdowns after the jump: 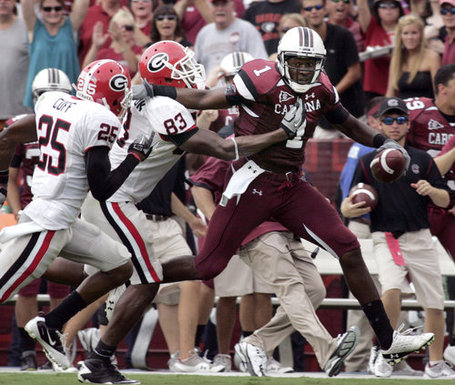 I'm engaging in therapeutic eating again. I'm going to weigh 3 tons by the time the season is over.

Time for Richt to go.

Arkansas and MSU will kill us by at least 14

Arkansas will crush us.

The only bowl we'll see this year is the toilet bowl

UGA is infested with pussies and morons

Have you guys ever seen what a handle of liquor does to a flat screen? not a pretty sight.

Dawgs lost and wife refuses to give a bj so what to do for the rest of the day?

someone buy a jersey from Lattimore

We couldnt tackle a fukkin watermelon

We still stink. 1-4 after Colorado

What a bunch of pussies! I've never seen anything like this in my life..... all of you please change your pads and go overdose on meth.

No goddamn excuses... either fucking win or at least play like you want to win, or get out of the goddamn way!!

Can't forget to applaud the brilliant use of timeouts

I can accept UGA losing. I can't accept that on both sides of the ball they looked like they just started playing the game of football.

Burn Richt at the stake and exile his coaching staff.

Okay, enjoy being the door mat to the SEC East.

Vandy's defense looks better than ours... our staff should be ashamed.

Worst offensive play calling I have ever seen. bobo is done or richt will be done with him.

So who is taking bets that we lose to the younger Dooley his first year out? fuck we suck. I would say we looked like a monkey fucking a football, but I think that would be better to watch than the football game we saw today.

Oh, and did I mention that Southern fucking Miss held lattimore to 54 yards on 14 carries? Yet he touched us for nearly 200 yards?

When UGA get's humiliated, again, by UF this fall and loses to an SEC East also ran ( recently UK or Vandy ), can't even sniff an SEC East title much less an SEC Championship, what will be your excuse?

hey UGA don't expect any more of my $$ contributions... your football team is pathetic

The UGA team i saw on the field reminded me of the Bama teams under Shula. 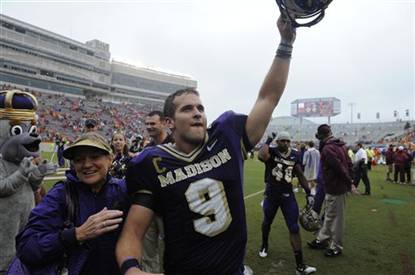 It's like we lost a game today, and we didn't even play.

Maybe this is a giant conspiracy.

This is a conspiracy.  VT and BEamer are making sure that BSU does not get any love.  They are sacrificing themselves to save the "big Boy" conferences.

Does this ruin the Game Day Plans???

Boise State GETS NO HELP!!!!

Reese Davis just snuck another shot in against us. Gawd I would love to pull that guys nose off. Slimey little bastard.

Been to about 6 boards already and they are all talking about the VT loss and how our "big win" is a joke. This is the Virginia Tech team that has won 10 games how many years in a row?  Conspiracy!

Didn't even play a down today, but all momentum we had went down the drain.

Oh no! They suck again! 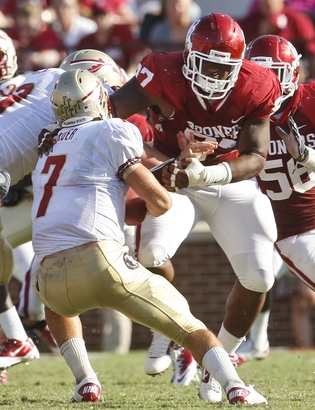 I feel like I need an icepack to my eyeballs.

Maybe Ponder will cry during the post game press conference, seemed to work for the Gaytors

I think they had 12 men in all game. Or at least it felt that way.

can I cry now?

I was shocked.. really.  Fisher is a joke.

Simple answer: Because our coaches aren't worth a damn.

Tonight is depressing for a Nole fan. I really thought we were going to be good with Jimbo at the helm. But after the last decade of mediocrity, I have to accept that we are just a mediocre program.

I used to blame Rix. Then the OL. Then Jeff Bowden. Then Bobby Bowden. After being completely annihilated today, I've come to accept that we are a mediocre team in a basketball conference.

If we play like this from now on, there is no doubt Miami and Florida are going to pound us with North Carolina and/or Boston College handing us our asses.

Some things never change with a new coach and staff: we are destined to be average and the 2nd or 3rd best football program in the state. At this rate, USF is going to pass us.

so much for having four nfl quality cornerbacks eh?  they were outperformed by an offensive core who had less than 220 yards total  on utah state 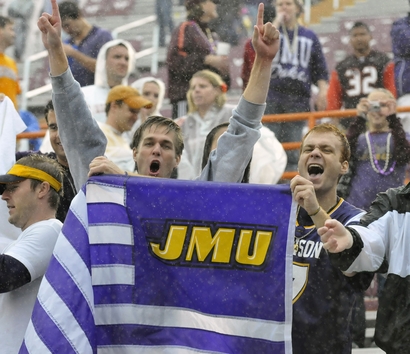 MELTDOWN OF THE YEAR!

The AD should have never scheduled this game!

The season is over. Burn your tickets in protest of this team.

I just woke up... please someone tell me I was fuckin dreaming!!!!

How many years pass before we talk about a MNC again?

Threw my Hokie stuff off and heading to mow the yard

I’m about to scrape my VT stickers off my truck. Can’t believe I thought this was going to be a great year! I’m so pissed!

Only positive from today? We still play in the Sesame Street Conference.

I'm not turning on the television or going to any news sites. Just too much to handle.

UVA will beat this team.

AMBER ALERT... looking for a tight end in Blacksburg.

We should have made Tyrod a wide receiver four years ago

my cousins autistic son...couldn't be any worse than those three coaches...

This season is dead in the water. Officially. I hope VT loses every game this year. Maybe changes will actually be made and this worthless disappointment of a team will get its **** together. Until then, I'm completely washing my hands of VT.

Bring on the PINK uniforms

Starting to think we may have been a tad overrated

This loss could cripple our football program for years to come

OMG, just realized someone is going to do a Hitler take on VT-JMU

We're like Tecmo bowl. 4 plays, if the D chooses right, it's over