I was genuinely tempted to just post the "Yards Rushing" comparison chart this week and leave it at that, y'all. Go look at it. Its ridiculous. Anyway, another statistically dominant performance from the Tide this week, so some of the highlights:

The upward trend in 1st downs continues in conference play, while we have limited our last three opponents to less than 10 total first downs.

3rd Down Efficiency continues at a much improved level.  71% against Vandy has been the season high so far, but a 64% rate is a very solid number.  Its even more solid considering we are also limiting our conference opponents to less than 30% on 3rd down.

The 615 total yards of offense in Oxford is a season best, while the 141 we held the Rebels to is our best defensive performance against an SEC opponent.

For the second week in a row we're back on the right side of the passing yards disparity, though considering the first two SEC opponent's offenses were helmed by Bobby Petrino and Charlie Weis and the last two were Vandy and Ole MIss...

Pass completion percentage continues at/around 80%.  Florida is our only SEC opponent to hold us to below 75% (with a meager 48%), while we finally held an SEC opponent to below 50% ourselves.  Just theorizing here without the benefit of any sort of film study on this, but our MO as far as defending the pass is to make them take the short, easy completions and fly to the ball to limit its potential for gain, so the fact that we're allowing SEC QBs to complete at a roughly 60% clip (which isn't bad at all) isn't an indictment of our pass defense by any means.  That goes hand in hand with the Yards Per Pass statistic, where only Vandy has managed better than 6 yards per pass.  Even though they are completing at a reasonably "successful" rate, they aren't getting much out of it.

Our number of rushing attempts has remained pretty static at 40ish against our BCS opponents, and as long as we are playing good defense and moving the ball efficiently on both the ground and through the air I don't see that changing.

Yards per carry was a fantastic 9.3, with only the imitation run defense of North Texas giving up more per carry.  As much as I want to see that number stay so high, it proba...wait, we still have Tennessee, Mississippi State, Georgia Southern, and Auburn on the schedule. Yeah, we could see those sort of numbers again.

Penalties: We had 5, they had 0. Just goes to show them cheatin' bammers been holdin all this time and gettin away with it and its done finally caught up with em PAAAAWWWWLLLLL.

Turnovers is almost as impressive of a chart as the yards rushing. We've yet to give up the ball in SEC play, while we've taken the ball away twice against each SEC opponent.  Come to think of it, this may be my favorite statistic so far. 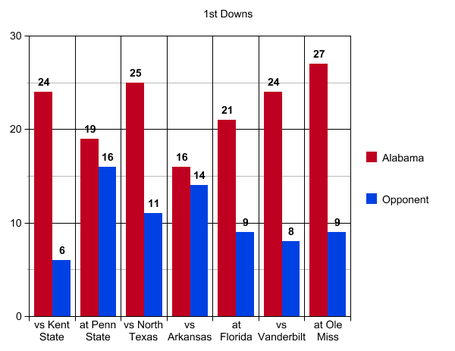 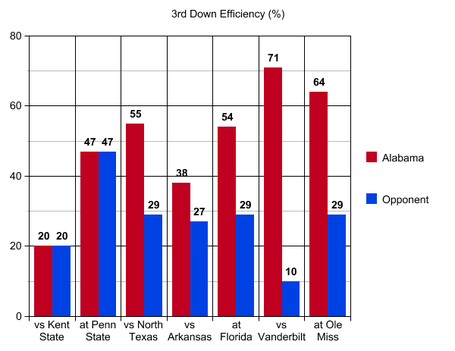 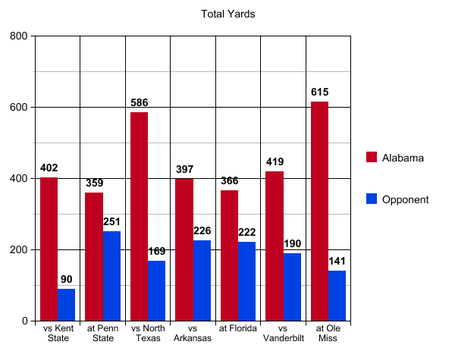 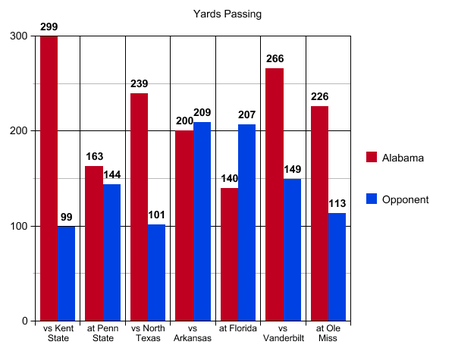 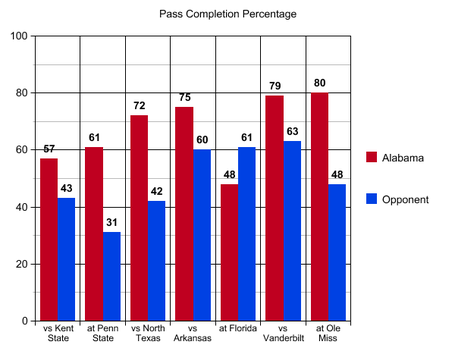 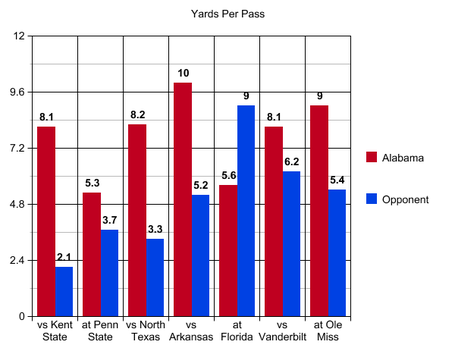 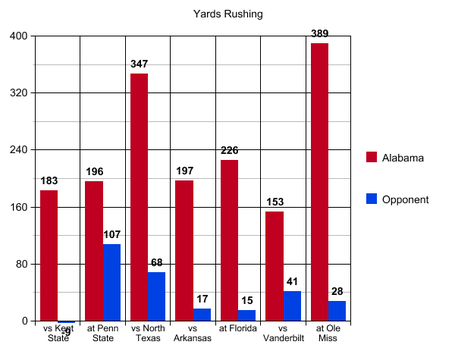 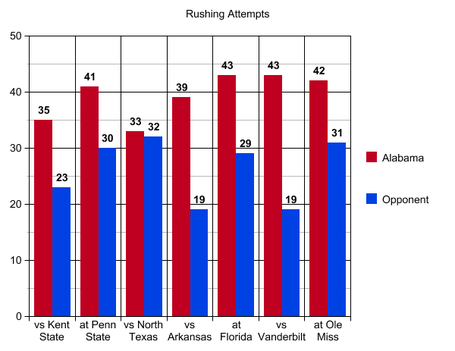 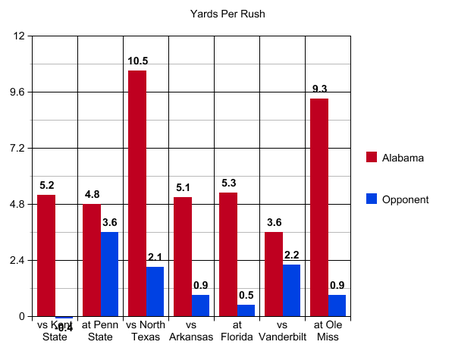 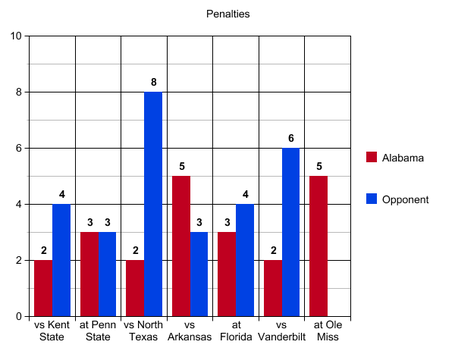 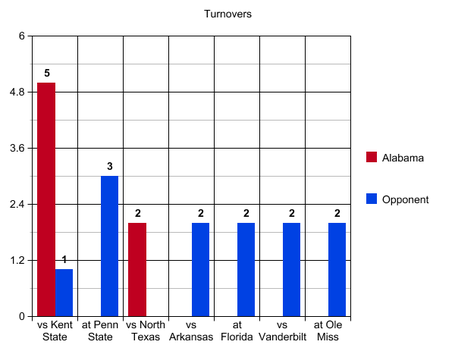