This is almost one of those weeks where we could simply let the numbers speak for themselves, but a few points just have to be made:

3rd down efficiency took a big jump this week.  The only other game this season where we converted greater than 50% of our attempts was against North Texas.  Moving the ball that efficiently in an atmosphere like Florida is impressive enough, but add in the fact that for the third straight week we held the opponent to less than a 30% conversion rate and I couldn't be happier.

In our second conference game we managed to outgain the opponent by well over 100 yards.  That's not always a big indication of sustained success (see LSU/WVU last week for an example of a team that significantly outgains an opponent yet still gets massacred on the scoreboard), but it certainly doesn't hurt, either.

The only area in which we really gave up anything was in the passing game.  Florida outgained us 207-140 in total yards, 61%-48% in pass comp %, and 9.0-5.6 in yards per pass.  The "if Brantley hadn't gotten hurt" game is one I'm not willing to play, but while he was in Florida was doing something Alabama hasn't managed to do all season, and that's connect downfield. Including the opening 65 yard TD pass, of Brantley's 11 completions, six went for gains of 10 or more yards, four of which were for 20+ yards.  That was all pretty early in the game, though, and after a few adjustments (and Upshaw's INT/TD) Brantley had only one more big passing play of 25 yards before leaving the game.  Its a little troubling, especially after we were so ready to crown the secondary as an OMG BEST EVAH after limiting Arkansas's passing attack, but consider two things.  First, Charlie Weis made it clear from the first play of the game that he was going to be aggressive and throw everything he had at us.  Second, this was the first game of the season where Florida actually was aggressive in the passing game instead of simply relying on Chris Rainey and Jeff Demps to outrun a bunch of sorely overmatched defenses. We weathered the early storm and started limiting Brantley before he could really do any more damage and, let's be honest, outside of maybe Teneessee there isn't another legitimate passing offense on par with Petrino's at Arkansas or Weis's at  Florida on the rest of the schedule.

Rushing is a whole different story.  Against our three BCS opponents, we've rushed the ball right around 40 times, and I don't see that changing the rest of the season.  We've gotten good production out of McCarron, but the bread and butter of our offense is going to be the ground game.  We've been very methodical and balanced on offense, and seeing the offensive line finally get its act together last week and continue to make strides again yesterday gives me all the encouragement in the world.  Further, our two conference opponents have now gained a total of 32 yards on the ground against the defense.  Let that sink in for a minute.

Overall, this was another pretty complete effort that we should be immensely proud of.  We can nitpick over the passing numbers, but for the most part simply showing that we are willing to attack downfield without actually connecting has been enough to keep defenses from ganging up on the run and short routes, and you have to imagine the downfield stuff will eventually start clicking as McCarron finds his rhythm with the receivers. 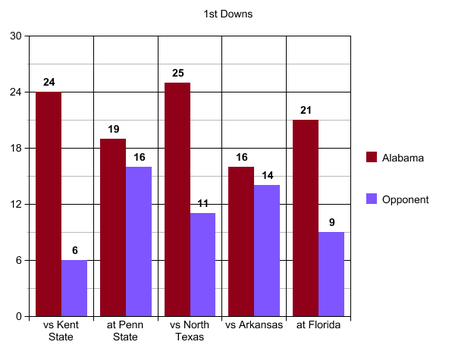 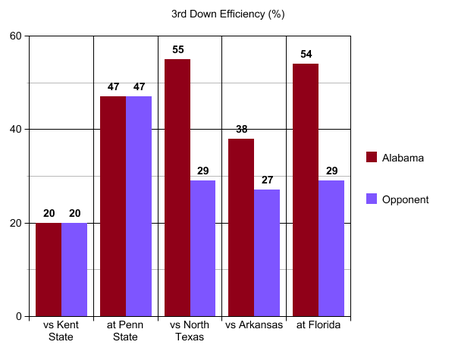 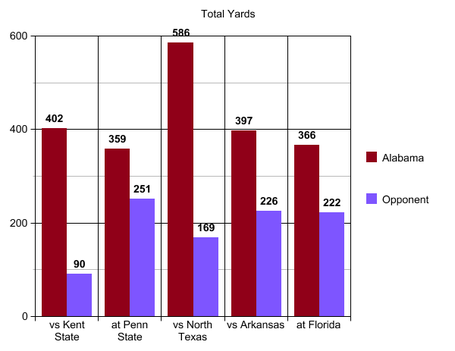 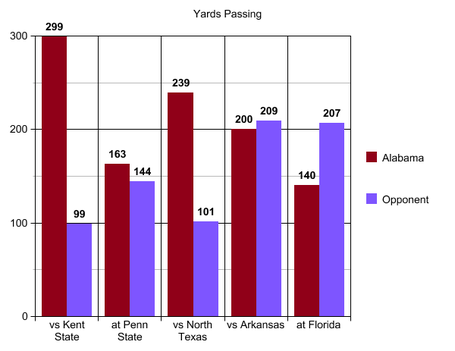 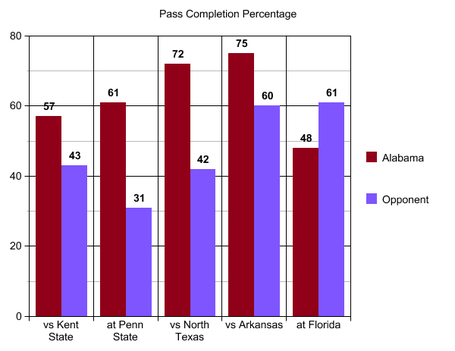 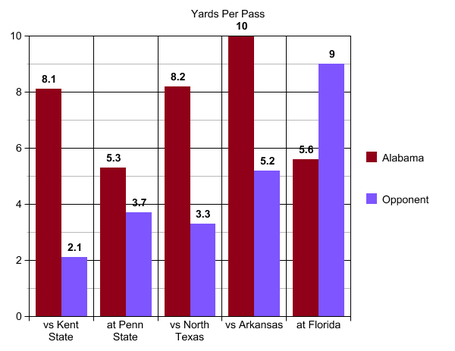 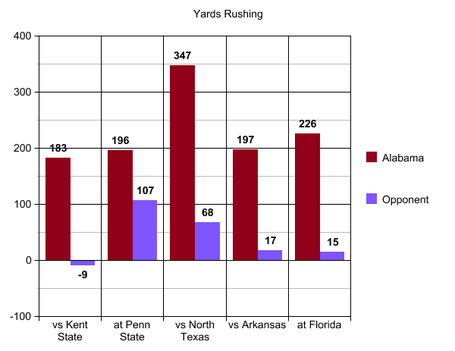 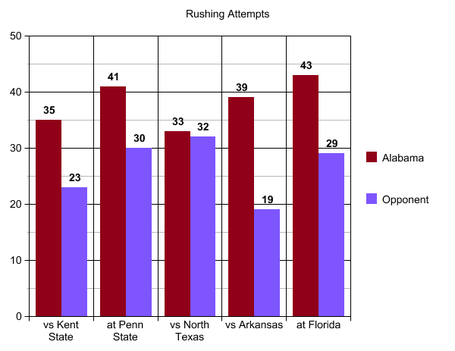 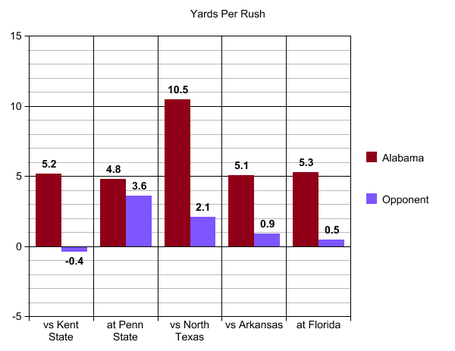 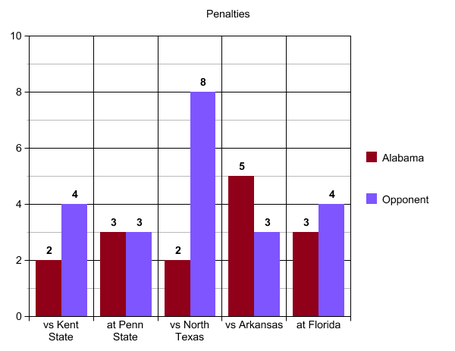 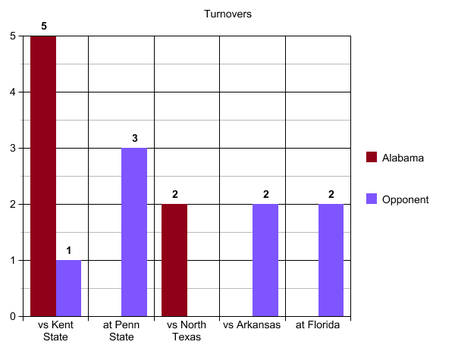