Share All sharing options for: The Box Score | #2 Alabama 37 - Tennessee 6

A sluggish first half didn't do a lot to help with the numbers this week, but by and large we completely outplayed another opponent while preparing for LSU. The highlights:

Though the total number of 1st downs trended downward for the first time since conference play started, we still more than tripled our opponent 19-6.

Third down efficiency has been trending downward the last three weeks, which is a little disconcerting, especially since being efficient on 3rd down and keeping drives going is going to be a key factor in two weeks.  50% isn't bad, and it helps that we held UT to only 14% on 3rd down, but after topping 60% the last two weeks I was hoping we'd be able to continue at that level, especially against a defense as weak as Tennessee's.   Those numbers are a little skewed by the end of the game, though.  We were 3-7 (43%) in the first half and 4-7 (57%) in the second, but factoring out two unsuccessful 3rd down attempts on the Tide's final drive after the game was well in hand and we ultimately went for it on 4th down we were 4 of 5 when it actually mattered.

Total yards took a dive from last week's win over Ole Miss, but the 437 yards is still more than we gained in the rest of our conference games, so its not a bad number at all.

Yards passing took a big jump this week with 294 total yards, our best effort so far in conference play and only five yards behind our best effort of the season, 299 yards against Kent State.  Further, the 10.5 yards per pass average is a season high.  We've talked a lot about A.J. McCarron being a "game manager" over the past few weeks, and I think its becoming clearer and clearer that, while we want him to fit that role within the offense, we've opened up the passing game more and more because of him.  I think OTS put it best in the Radio Hour this week while talking about the QBs we've been recruiting, namely that we're not looking for a game manager QB, we're looking for a star QB that will manage a game if that's all we need him to do, but who has the ability open the offense up when called for.  That's what we've seen over the past few weeks with McCarron, and personally I think, at a similar point in the season, he's light years beyond where McElroy was in his first season as a starter ('09).  Remember, McElroy had completely bottomed out against South Carolina and was only starting to dig his way out of it, and his inability to create anything in the passing game was a big reason we needed two blocked FGs from Terrence Cody to survive.  That Tennessee team was much better than the one we faced yesterday, but the fact remains McCarron has steadily improved as the weeks go by while McElroy needed an adjustment period once we started facing genuine SEC defenses.

All that gushing over the passing game yesterday is a pretty rough lead in to the numbers on the ground. This was our worst performance on the ground to date, actually getting outrushed by UT in the first half 61 yds-35 yds.  We piled on 108 yds in the second half and held the Vols to only 31, but the 3.8 ypc is close to a season low (only the 3.6 against Vandy, another sluggish effort in the first half, was worse).  We can write this off as a sluggish effort and hang our hats on the second half numbers, but its still something you just don't want to see.

Finally, we gave up a turnover for the first time since starting conference play, but the defense stayed on track with two take aways of their own to put us at a +9 turnover margin against SEC opponents. 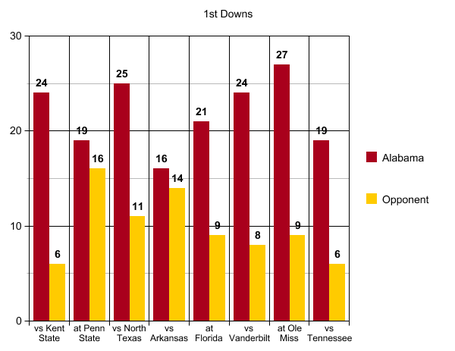 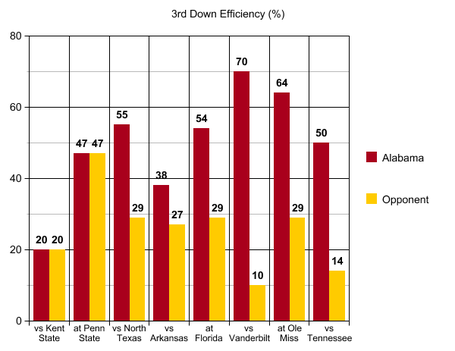 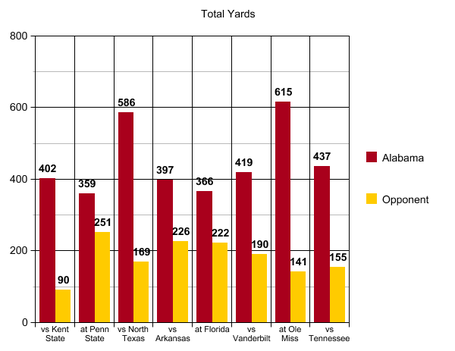 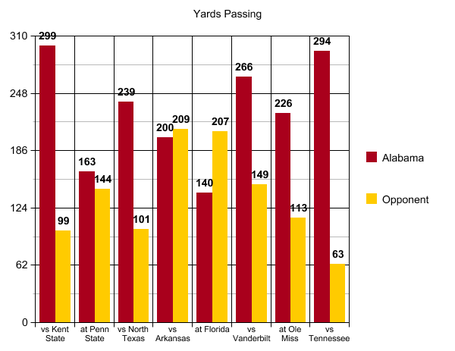 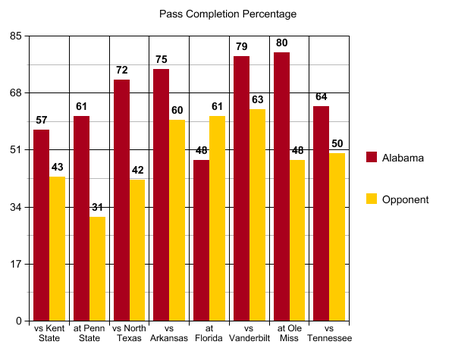 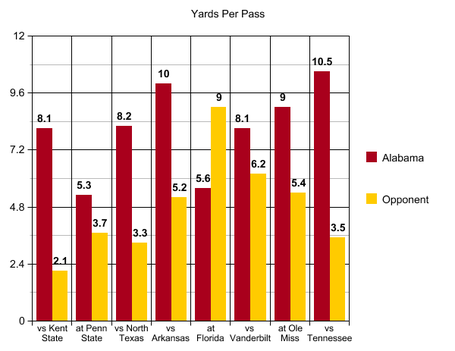 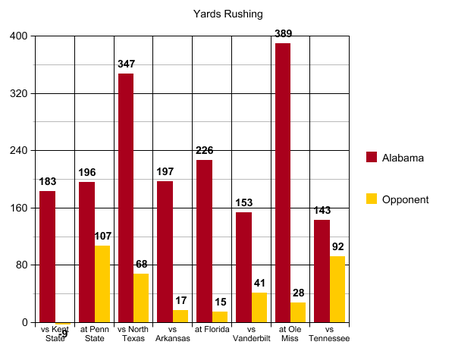 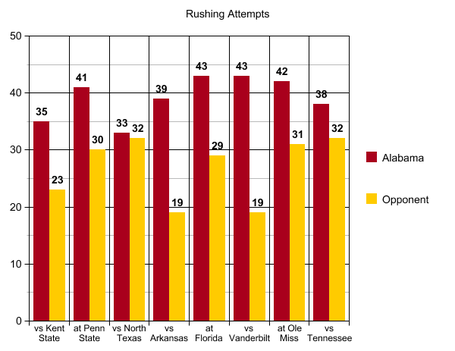 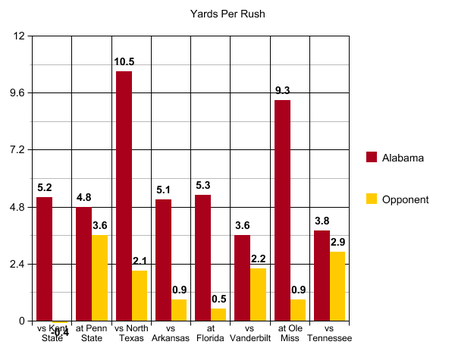 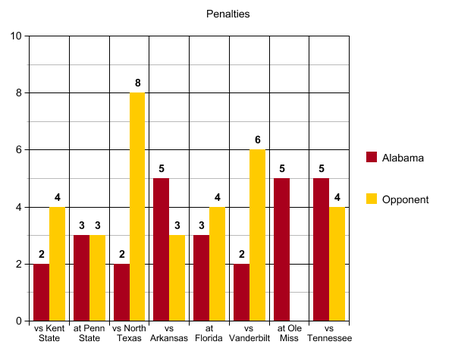 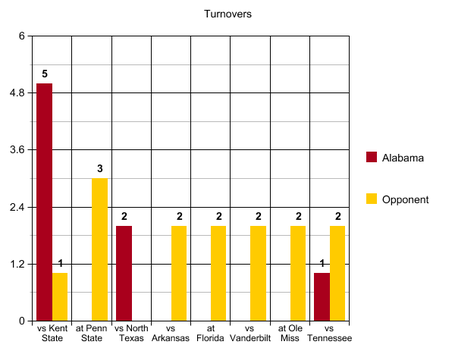