Share All sharing options for: The Box Score | #2 Alabama 34 - Vanderbilt 0

Despite a pretty sluggish first half, the Tide's numbers this week are still looking very solid and there are several areas where we improved:

Both 1st downs and 3rd down efficiency continue to trend upward over the last three weeks (i.e. now that we're in conference play), while opponents 1st downs have trended downward.  Further, we held Vandy to only ONE 3rd down conversion (10% for the night).  Yes, it's Vandy, but even Kent State and North Texas converted at at least 20% on 3rd down against us.  That's impressive.

Total Yards were roughly static this week.  I'm figuring around 400 yds of offense per conference game is generally about where we're going to hover unless we absolutely need to do more, in which case I hope we can.  We averaged roughly 444 yards per game of total offense last season including the bowl game and non-conference schedule, and are averaging 421 per game right now, so we're actually right on pace to be roughly as productive as we were last season on offense.

Yards passing and pass completion percentage took a big jump up this week as we relied more heavily on the passing game, while totals yards rushing and ypc took a pretty steep nose dive.  Vandy had some impressive pass defense numbers before this game, but how much of that was a function of their opponents and how much of it was that they really are that good remains to be seen, but either way the 79% pass completion percentage is a season high, and only Kent State managed to give up more yards through the air.  Further, this is the first conference game where we outgained our opponent through the air.

Meanwhile, it was definitely our worst rushing performance against conference opponents, though we still rushed the same number of times as we did against Florida and more than we did against Arkansas.  Just my own theory here, but Richardson looked a step slow most of the game and without Eddie Lacy it really felt like we were airing it out so much to keep the burden off of him and let him get some rest.  He had only 19 carries (vs 29 last week) and still managed 107 yards (5.6 ypc) and a TD, so that's a good enough night for any back.  I suspect if Lacy weren't banged up enough to warrant holding him out, Richardson wouldn't have even had that many carries.  Whatever the reasoning, after two physical games in a row and the opportunity to get the passing game going against an opponent that I'm sure we felt confident that we could simply impose our will on if things started getting hairy (see the first two drives of the second half), it's not all that disconcerting.

Finally, we have yet to turn the ball over against an SEC opponent, while we have taken the ball away twice against each of them. +6 in conference is a good number, and hopefully we can keep it up. 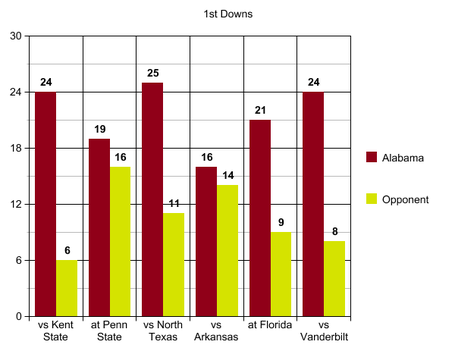 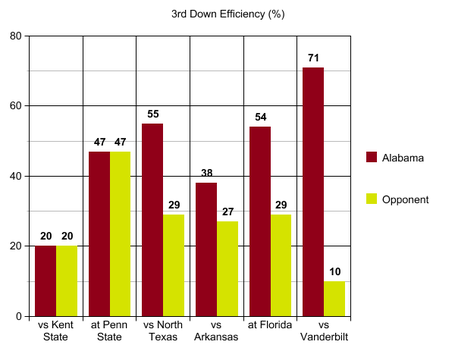 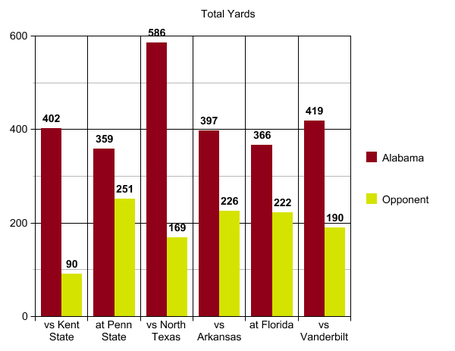 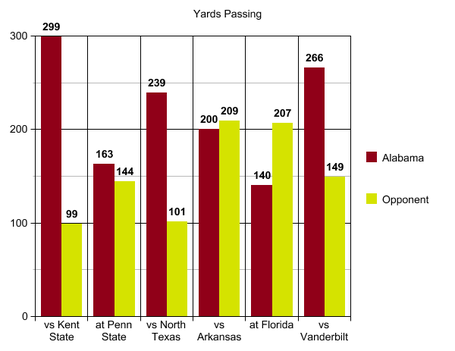 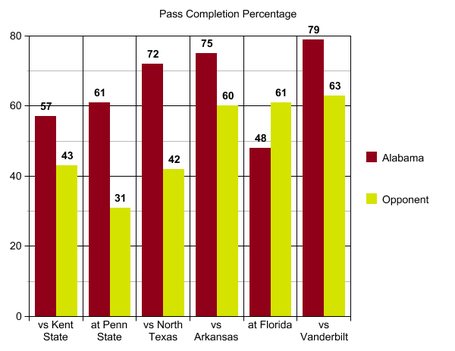 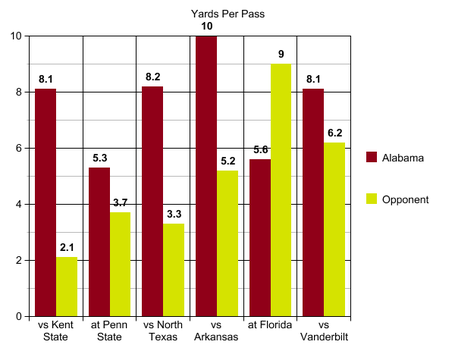 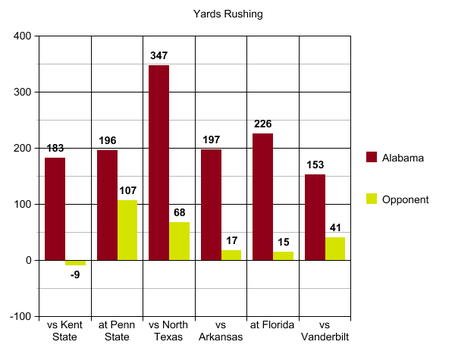 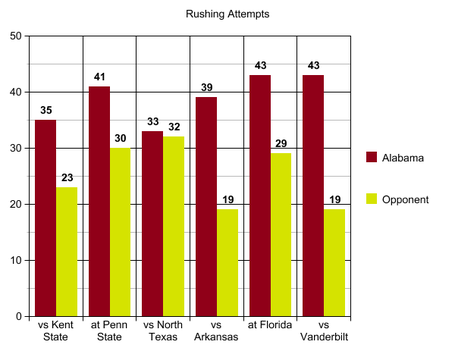 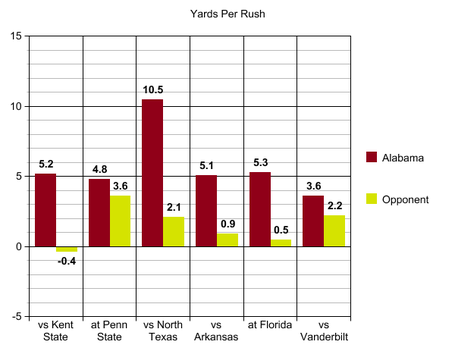 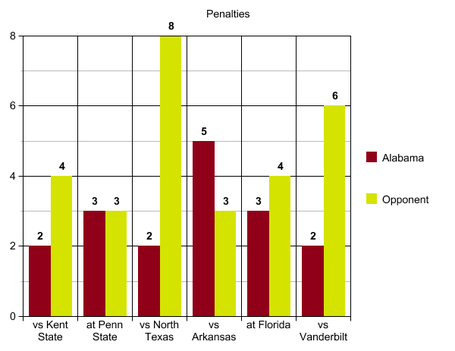 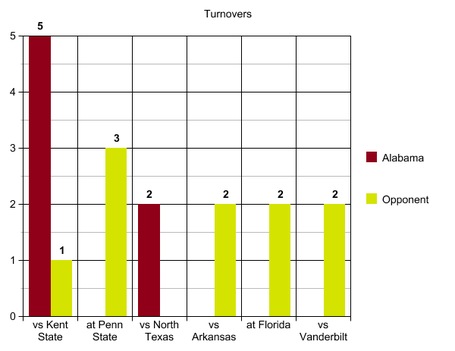