On a weekend that saw Tennessee and Auburn lose by a combined 94-14, you knew the meltdown piece had to be absolute gold and in my purview it does not disappoint. It may have taken Auburn three years to do it, but the high school offense is finally working as well as the high school defense, and in Knoxville absolutely nothing is going right. Tennessee fans are souring on Derek Dooley faster than childhood literacy campaigns.

Meanwhile, in Missouri, Texas reverted to their 2010 self by falling hard to the Tigers 17-5. The meltdown wasn't what we've come to expect, but Shaggy Bevo simply does not handle losing very well. And finally, we'll take a look at Ohio State, who lost on Saturday for the second time in three years to lowly Purdue. Never leading during the game, the Buckeyes had a chance to win in the closing seconds but had an extra point blocked and eventually lost in overtime. With a 6-4 record it's finally sinking in around Columbus that Michigan is going to take them out back in two weeks and the Buckeyes aren't happy. 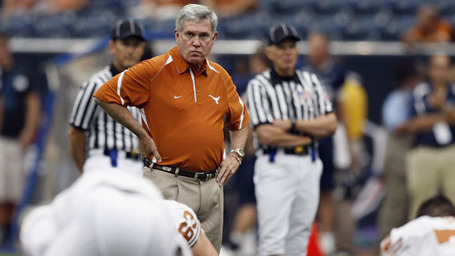 Fuck you Mack Brown. You go asleep at the wheel, still get you $, and leave us with this shit. Fuck you.

i should have stayed in the fucking deer stand

this offense sucks flaming dicks. it's like greg davis is back and calling plays

fuck, it looks like tucker's big ass gold chain was hooked around his foot when he kicked that, stupid wigger

can we finally retire that fucking pussy formation?

Our QB's are more hesitant than a 45 year old virgin.

well fuck me in the goat ass FUCK, was it gideon's fault?

my god, shoot me in the fucking face

Seriously, Gideon is a fucking retard. Get hurt already.

Fuck you Gideon. You suck more than Sandusky

put a skirt on him

Gideon still weighed down by his Denny's Grand Slam

Mack didn't go to sleep at the wheel, he died there. We're Weekend at Bernies

Special teams 3 points, defense 2, offense 0. All of you go big or go home motherfuckers on the OC hire, we sure as fuck went home didn't we?

This offense couldn't find the end zone with a GPS

We could do better recruiting the wetbacks who gather round outside Lowes at 7:30 in the morning 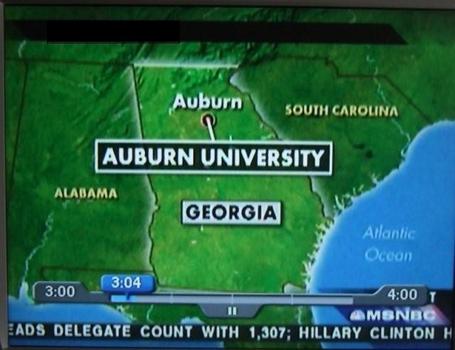 Tiny Tot never lost 45-7 to UGA in year three. He didn't get blown out by Arky and LSU either.

Wonder if Mequeery saw this ass raping to?

"This week's SEC on CBS match-up is brought to you by the Second Mile Foundation."

Chizik doesn't have teeth, Dye didn't have pants who gives a shit? All I care is this team is looking like Doug Barfield has put his stamp on it

The trees will live forever with this team. Updyke can probably even come back for some spring fertilizing

All we need is a QB, some OL, a few WR, a DL, some LBs and six or seven good DBs and we'll be right there

Dyer has 1,000+ yards on the season, one more meaningless than the last

The pumpers crowned Tre Mason to be Desmond Howard and now that he's playing real teams he's returning kicks like its Joes vs. Pros

How does this team ever win seven games?

14 points combined in the last two games against teams with pulses? I think Gus' high school offense is played. This ain't Little Rock High in the SEC

They should have just named Georgia in the Grand Jury Report

38-7 and I just ran out of Mikes Hard Lemonade. It ain't gonna get better

How much do you think I could get for Trotter's tears on ebay? 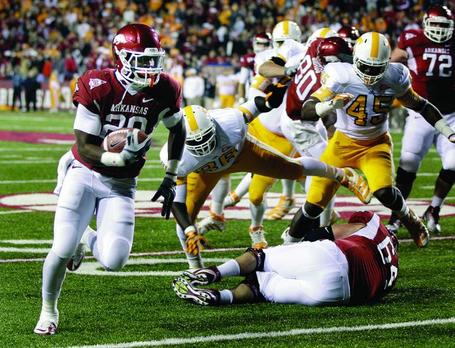 When did Mike Shula lose to Arkansas 49-7? I must have been drunk that weekend, that never happened.

The Grand Old Opry will have a comeback before Tennessee football

Why the Mike Shula comparisons? Shula was never anywhere this damn bad. Hell, even Dubose didn't get blown out consistently. You want a legit Dooley comparison? Google Curley Hallman

Even Junior and Lulu cancelled their season tickets

Haven't beaten Bama since Shula, Florida since Zook, and now even Vandy is passing us by

Not a single SEC team would trade their coach for Dooley. And that includes Ole Miss, who ain't even got a coach

Hamilton ought to offer Franklin the head coaching job during pre-game warm-ups. Maybe he can get him to switch sides before kickoff

Dooley with the same shit every week, "We missed a lot of opportunities..." Yeah, how about when we hired your ambulance chasing ass?

How do you have almost 400 yards of offense and only score 7 points? Dooley could do a cannonball in the middle of the Atlantic ocean and still come out bone dry

Note to DD: If your kicker could throw it worth a damn, you'd have him at QB

Remember back when we had Eric Berry and everybody said we were a one man team? Man, those were the glory years

So, Derek, are we more like a banzai tree this week, or maybe hedge bushes. Please, don't worry about fixing your shitty team, give us another one of your great plant life analogies.

Maybe we could get the Wikileaks dweeb to open up on Dooley? 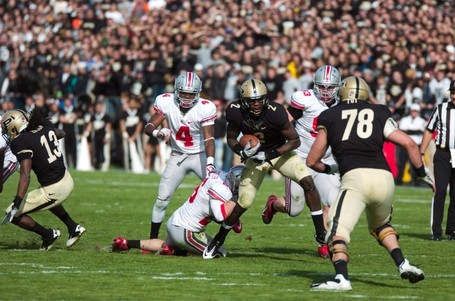 We couldn't even win biggest Big Ten scandal of the year.

Can't even get 300 yards of offense on Purdue, we're playing wheelchair football out there on offense

Rehire Tressel. Thnk NCAA is going to care with Sandusky raping ever kid in western PA?

Brady Hoke going to earn a contract extension against us. They'll have that fucker a statue by the time July rolls around

Hire Meyer, I don't care if his teams keep Columbus bail bondsmen in business, it's worth it to win

Whose up for Detroit in late December? Figure I can buy the whole family tix for 10 bucks total. Still overpaying to watch this team play.

This season has officially crashed into a telephone pole

Play Purdue and never even get the lead? That's the kind of stuff that's supposed to only happen in the Bible

Even Alabama can kick the extra point