Share All sharing options for: The Inner Workings of ESPN GameDay or Rick Muscles Drops Some Names

With ESPN's College GameDay in town for the Alabama vs. LSU game last week, we pulled some strings and got media access to the World Wide Leader's three-day media shindig on the Walk of Champions. Instead of doing the boring regular journalist thing, we decided to imbed Birmingham's living legend of the Squat Rack, Rick Muscles, amid the mayhem. Here is his report of what went down the day before the game.

So here's the story. After a grueling 3 hour work day last Friday, I hit the road to Tuscaloosa. Made a beeline for Bryant Denny and camped out with the other Bama fans and took in the GameDay atmosphere.

I immediately checked in with Keri Potts, she's the GameDay media coordinator. Her job is to be nice to the media and be totally mean to the fans. She will tear into your ass like Nick Saban on AJ McCarron in 2010 if you ask for Desmond Howard's autograph. This is useful because Des can't be a jerk but if he signs autographs all day then nothing will get done. After check in I received my Golden Ticket -- the backstage pass to College GameDay. 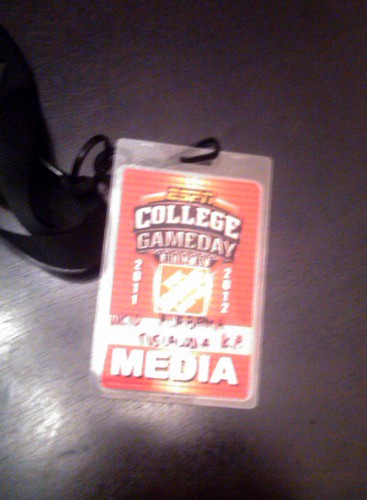 So the first celebrity they carted out was Erin Andrews. She is gorgeous in real life. But you knew that. 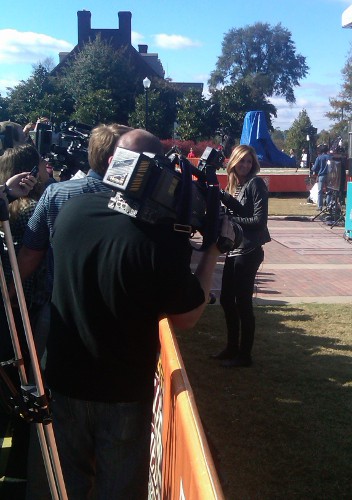 I kind of feel bad for her because she might have the saddest life ever. After having that creepy video taken of her it must suck to have every drunk bro in a college town scream at you, "Hey Erin! Tweet me back girl! Tweet me back!" not sure she'd take this job again. Also seems like she isn't as genuinely excited since that video was released on the Internet. Honestly, she didn't say anything interesting in her interview. 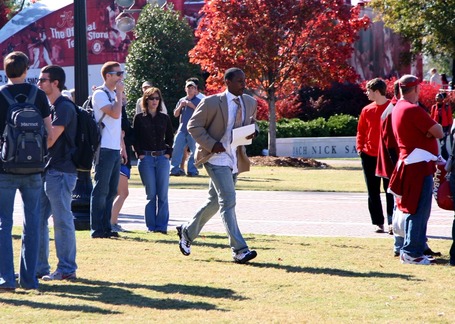 Randomly Desmond Howard jogged by. The rabble chanted, "Do the pose!" Des respond, "Got a bad knee!" it was pretty funny. 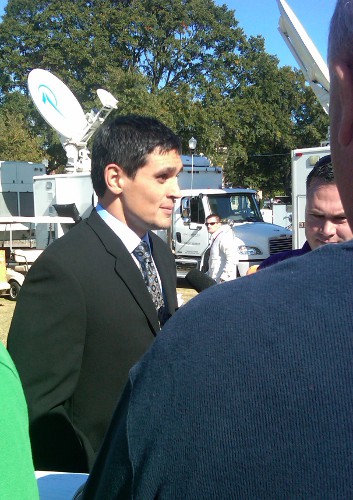 David Pollack was next up. He was wearing a suit jacket and tie with blue jeans and sneakers. This really upset me. I could only look at his dumb tennis shoes. Is that really more comfortable? He didn't really say anything interesting. He has clearly lost a lot of weight but could still snap yours truly in half. (pretty sure I could out squat him). 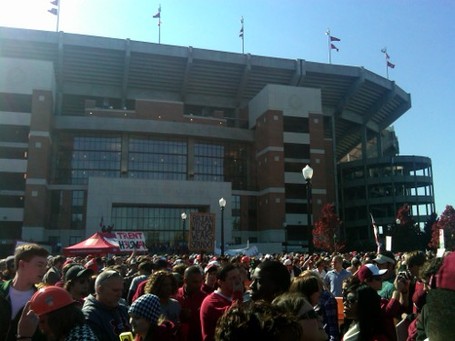 Then we had to wait while the Friday afternoon show was filmed. Folks had signs taken up and Bama fans drowned out cheers from the Cajuns. "Tiger Bait!" is a dumb cheer. 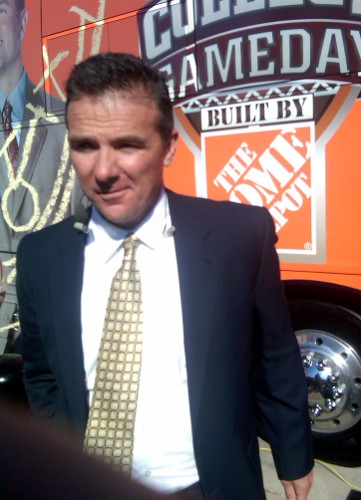 Urban Meyer walked by and wouldn't look me in the eye. It was a theme all weekend that he wouldn't accept my squat challenges. We all know he could never compete with my SEC speed Squats 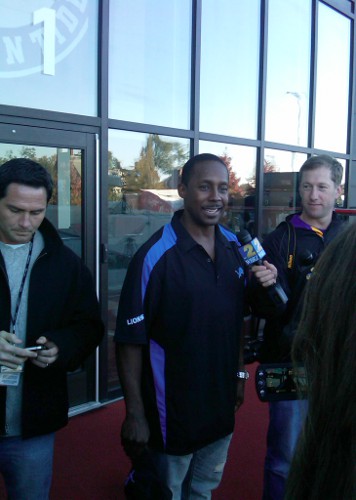 Finally Des took the podium. He was genuine and funny. He was asked about the damage in Tuscaloosa and said, "I've seen worse after the earthquake in Haiti." that's not the best answer but at least he gave us his true feelings. For some reason he was wearing all Detroit Lions gear. Still makes no sense to me. Honestly I liked Des the most he was honest, funny and didn't come off as arrogant. 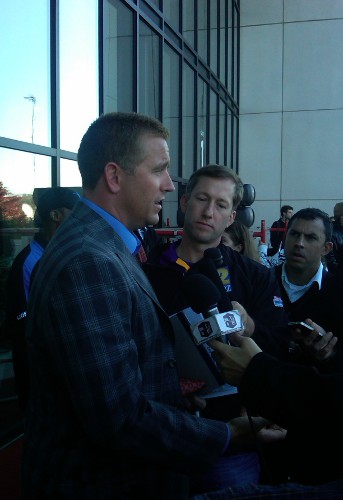 After Howard then Herbstreit showed up. He's a big fella and still seems filled out. You can tell he used to be an athlete. All his answers were well thought out and clever. He had a real confidence about him. He also wore jeans and tennis shoes with a suit jacket and tie so i couldn't take him completely seriously. 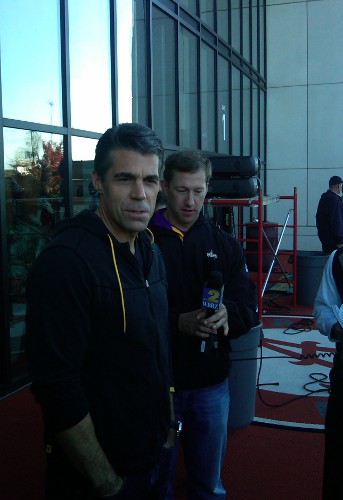 Fowler concluded the conference. He acknowledged Bama's GameDay curse. He was OK. Not very interesting. He looks a lot older but it might be because he was dressed like a teenager from Pennsylvania.