Look out, ladies and gents, we have a boycott brewing in Oklahoma. Or maybe an investigation. We don't know when or how or what they'll look for or what they plan on doing with whatever they find, but something is brewing out in the midwest because they are infuriated and T. Boone Pickens has a ton of money or something. How will college football ever survive? Guess we might as well just cancel the rest of the season.

Not surprisingly, as it turns out the Pokes weren't too excited that the BCS didn't subsidize their choke job to a 6-6 Iowa State and award them a spot in the BCS National Championship Game simply because they took a 9-3 team to the woodshed at home. You almost want to sympathize with them at first and congratulate them for an otherwise strong season, but the whining and the pettiness quickly turns you off and in the end the tears just taste so, so sweet.

Meanwhile, in other Big XII blowouts, Texas was annihilated by Baylor in a game where the Bears quarterback clinched the Heisman Trophy. Is the end of the world near? The Mack Brown retirement rumors were quickly quashed in the post-game, much to the chagrin of many who bleed burnt orange, but at least their long state-wide Blake Gideon nightmare is almost over.

And finally, on the receiving end of the Bedlam beatdown, we have Big Game Bob Stoops living up to the name once again. Oklahoma came into the season being preemptively crowned as national champions by some, but the Sooners crumbled down the stretch by losing three of their final six games. Do you think a fan base that takes its football this seriously took in stride their worst loss to their in-state rival since the months after the end of World War II? 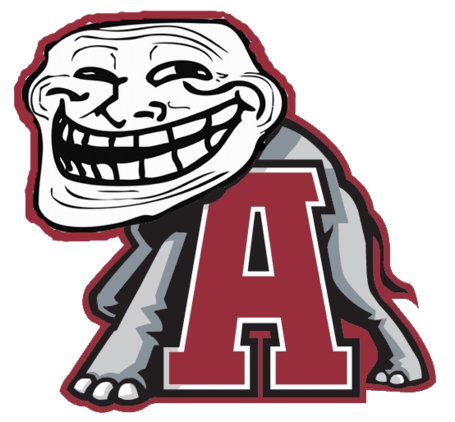 I'm going to drive to Birmingham, find Elmwood Cemetary and piss on the bears grave. And I hope les miles dies of cancer

College football is the equivalent of OPEC. IT’S AN EFFING CARTEL!!!

Fiesta Bowl is so fucking gay. Not as gay as bama, but pretty fucking gay

Also, RBR is the most vile pathetic website on the Internet. Classless assholes. Fuck them all.

Call your congressman. This is an outrage. Can we get a congressional investigation here?

I need sponsors... For OCCUPY BCS. All I need is a steady stream of red stripe and pizza. Maybe a lawn chair….

It’s a fucking cesspool right now and they can’t or won’t police themselves so its time for a higher authority to step in and force them to. Don’t give me this ant-government b.s. in place of argument as to why we should not have a playoff system.

T Boone needs to go file an injunction with a Federal Court. That would stop everything until it could be ruled on

ala Mr. Smith goes to Washington

If this were Hollywood the dude who is Ricky Bobby's dad would be nick fuckin saban. What a gouache bag.

Fuck the BCS and ESPN. Boycott the sonsabitches.

like a car wreck. You just can't look away from the carnage

We are so powerless in so many facets of our lives, everything from the economy, taxes, collapse of the middle class, and lessening of our basic rights, that sometimes it just feels good to be able to find an outlet where we can blow a gasket over something like a sporting event.

Boone did say that he would pay for an investigation of the NCAA if the pokes ended up being snubbed from the title game. Let’s get some support behind T. Boone to get the investigation started. It smells like fish to me; LSU vs Bama rematch…

Just announced Madonna is performing at the Super Bowl. Football is dead at all levels

Don’t piss ‘em off, or they’ll head to Stillwater and fill Theta Pond with antifreeze. 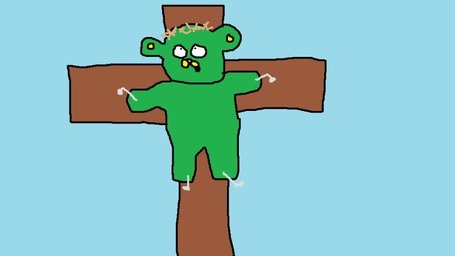 Why do the football Gods hate us?

Was at the game today. That stadium sucks so much dick, Baylor fans are weird and cult like and rush to eat free cookies at halftime instead of drinking. Their students are pathetic looking. Fuck that place sucks. Also our team sucks balls. All around shitty performance . Today sucked.

If we hired Les Miles I'd burn my fucking diploma.

4th and 5? throw a fade to a fucking midget.

wow, baylor finally gets a call against them.....fuck those baptist fucks.

Getting my astroglide out...

LOLOLOLOL!!! Please transfer you idiot. Thanks for the 25 yard scramble. Now go fuck yourself.

Case: Go sit on the fucking cold wet bench and wait for Sandusky. You fucking suck.

case couldn't even fucking hit puberty if he tried

All I want for Christmas is a QB worth a half of shit. No, a quarter of shit would work.

I guess we go to the fagget-assed shit bowl in NYC. Great.

Looks like I picked the wrong week to quit methamphetamines....

Motherfucking shit! I hate that fucking noodle arm. Get in the fucking weight room.

Goddam where do these fucking qbs come from?!!?

Horns down? I hope you blow out your knee and don't get a degree, motherfucker Predator wannabe.

Baylor is putting more men in the box than, I don't know, some chick who fucks a lot of guys (I'm not up on pop culture references).

It finally hit me, when Cody J runs he looks like one of those electric vibrating football games

go suck on a tailpipe you assmunch troll cunt

Wow, prolific offense. Now if Gideon will just get his head out of his pussy......

jeez this looks like a normal Texas baylor game, except the wrong team is donkey fucking

Jeremy Hills did a pound of PCP before the game. 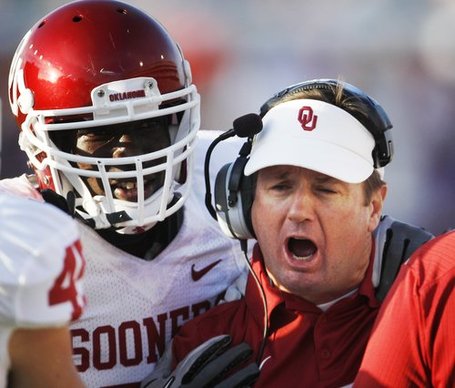 Brandon Weeden can't wait to go home and tell his great grandchildren about their win.

The sheep in Payne county are taking cover.

Maybe Landry will become a pilot and fly OSU charters this offseason...

What a fucking pussy move running out of bounds, this team isn't nothing but a bunch of god damn pussies.

Landry has scored less in this game than he has with his fiancé.

I'm glad Mike Sherman was available to help us with the half-time adjustments.

Fucking Alabama would beat this team by 67 points!!

Maybe we can bring in Norv Turner as a consultant?

The Horse-pig should just blow his head off after tonight

would rather be watching twilight

Well, I think it's safe to say we are not the best team in Oklahoma this year. We're getting a cowboy boot broke off in our ass tonight. We look so soft.

And to think, this is the same Sooner team that kicked the fuck out of Ball State. Oh how the mighty have fallen!

Let's go triple option with Bell. So we don't lose by a million

"Blatnik...causes a lot of havoc"--yeah, like breaking beer bottles over the heads of frat douches.

Clearly Venables made some solid adjustments at the half... it's taken them four plays to get to midfield.

So is Bob Stoops the the next Phil Fullmer, Bobby Bowden or Mack Brown?

Someone pour gatorade on Stoops... we avoid the shutout!!!

No, pour it on Venebles. Maybe he'll get pnemonia and expire

if there were one or two more games in the season, we'd end up in Shreveport again.

Who's wearing #12 in the Nobody Gives a Crap.Com bowl?