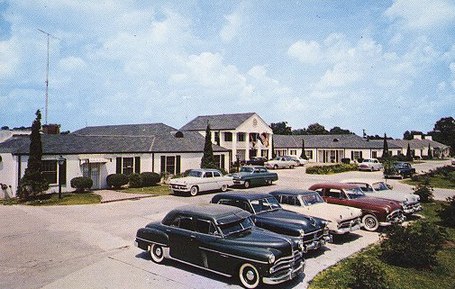 The scene of the crime.

With all the hearsay and innuendo floating around about the Alabama Crimson Tide football program, we here at Roll Bama Roll want to re-affirm our commitment to finding out the TRUTH and making it available to you, dear readers. We won't rest until the most foul deeds committed by those associated with the program are uncovered and brought forth to the light of day.

Thus, it is with a heavy heart I must reveal to you a horrible and sordid tale of corruption and bald larceny committed by Alabama players when in Baton Rouge to play the LSU Tigers. I spent days searching through the records at the university before I was able to prove this dispicaple incident actually occured by those representing the team on the gridiron.

On Sept. 20, 1952, Alabama faced LSU in Tiger Stadium and achieved a hard-fought 21-20 victory. While in Baton Rouge, team was housed in the Belmont Hotel and, after they departed, the management discovered a severe shortage in their linen goods. Alabama officials were notified and the players were then held accountable for the items. An inventory of the stolen items deposited in the archives of President John Gallalee is as follows...

According to university records, Alabama Athletic Director Pete Cawthon then returned the items to the hotel along with a letter of apology. The punishment of the players was not revealed as it was and "internal matter" but it's pretty likely lots of gassers were performed by the miscreants.