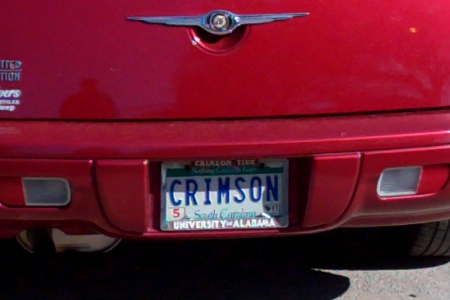 When the Midlands of South Carolina was obsessed with drinking face at a horse race or attending a Highland games festival, a near-capacity crowd watched No. 1 Alabama reprise its Friday win with a 7-0 win over the Gamecocks. But before the game started, the wind blowing out was duly noted.

Alabama secured a 3-0 lead in the top of the third inning when Jaz Lunceford drove in an RBI and Jackey Branham knocked a two-run shot over the wall in left-centerfield. Though Carolina was able to get runners on base in the meantime, USC couldn't get anyone across the plate. In the top of the sixth, the Tide had the bases loaded with Kayle Braud coming to the plate. She rocketed the ball to center with one out and claimed a grand slam that demoralized the Carolina faithful. In the bottom of the seventh inning, USC did its own effort to load the bases, threatening pitcher Jackie Traina's shutout. However, she maintained her cool and first baseman Cassie Reilly-Boccia tagged out a runner to end the matchup with her 14th win of the season. The victory landed the Tide at 11-1 in conference, and 36-2 overall.

You like it, I like it, we all like it. Defensive domination makes Bama fans happy, and shutting out a team over three games certainly measures up. To add to the celebration is that famed Tide pitcher Kelsi Dunne no-hit Carolina on Sunday afternoon, while her offensive support did all it needed to do -- put one run across the plate. The game marked Dunne's eighth no-hitter of her career and her second of the year. The only run of the game came courtesy of Whitney Larsen, who singled to left to drive in Braud. Alabama stays on the road to take on LSU before ultimately returning home to take on Mississippi State on April 15.