Folks, it's that time. Time to pick the Official 2011 RBR Sweetheart, the lovely young lady who will stand between us and the Football Gods for this season in the hopes of finding favor for our beloved Crimson Tide. Don't be fooled, I already have the Sweetheart chosen, because that's how this works, but since I like for y'all to feel you're in some way involved I'll be posting a candidate each day this week and giving y'all a (slim) chance of changing my mind. Today's offering, Ms. Lyndsy Fonseca: 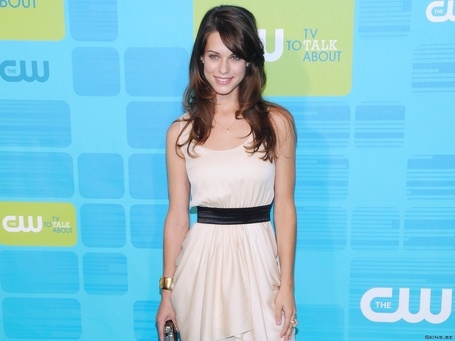 You may remember Ms. Fonseca from Hot Tub Time Machine (which I do) and Kick Ass (which I don't for some reason), and apparently she's on TV a lot. Whatever. The point is, she's pretty, and despite a Maxim photo shoot she seems relatively wholesome, which makes her a perfect candidate. Is she the candidate though? Find out on Monday!